Improving legislation on the web 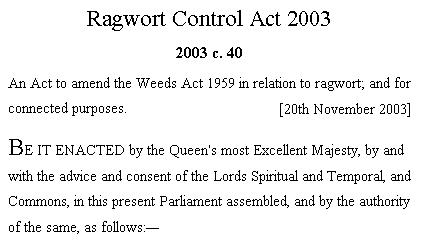 In 1996 HMSO started publishing new legislation on its website. Comprehensive coverage was later extended back to 1987 for Acts and 1988 for SIs. Although publication of legislation was timely and presentation competent, we yearned for what had been promised for many years – a comprehensive, up-to-date version of the statute book. Finally it arrived ”¦ or so we thought.

In December 2006, the long-awaited, long-overdue SLD was published and, while it had earlier been suggested there would be charges for “added value” views and re-use, it was declared free for all purposes after all, subject only to a “click-use” licence.

In terms of completeness and consolidation it was thus a vast improvement on the incomplete and “as enacted” statute law available on OPSI.

In principle, as to the raw law, it provides functionality similar to that in the costly commercial alternatives. But its most serious defect is that it is not complete, nor up to date. There is a delay in loading new legislation, a number of key older Acts remain to be published and the effects of much legislation from 2003 onwards are not yet consolidated. There is also some anecdotal evidence that it is not entirely accurate. This may be as a result of its incompleteness, but even so, the impression it leaves with some is that it is currently unreliable.

Together these two shortcomings are the killer for the larger firms and chambers with sufficient budget to subscribe to LexisNexis or Westlaw or a more specialist service such as Complinet: there is no question that the commercial services still prevail. However, for the smaller firm and the individual barrister, for whom the big two commercial services are not an option, the SLD is a boon, despite its defects.

Other criticisms concern its functionality and ease of use. Statute law is complex, and that complexity is revealed rather than hidden in the SLD. It is undoubtedly a good attempt, but falls somewhat short of delivering intuitive use and following up later legislative effects is tedious to put it mildly.

The publication of the SLD as a free access, public resource was a huge step forward and its open licensing model did represent a sea change in the government’s attitude towards opening up public sector information (PSI). But free access to its web views does not open up the data. You cannot easily extract, re-use or repurpose the data as you are at the mercy of its formatting and structure and there are no RSS feeds of new legislation.

In 2005 it was decided that there was a need for a dedicated body to be the principal focal point for advising on and regulating the operation of public sector information re-use and the Office of Public Sector Information (OPSI) was established for that purpose. Having grown out of and subsumed HMSO, OPSI also has responsibility for the publication (inter alia) of legislation and the management of Crown copyright.

Since then there have been many improvements in the OPSI legislation site, including a new page design, PDF versions of primary legislation back to 1800, directly addressable content fragments (specific sections and sub-sections can be directly referenced), improved search, RSS feeds for new legislation and for user-generated searches, and the incorporation of revised pre-1988 statutes from the SLD.

Until December 2008, responsibility for the SLD lay with the Statutory Publications Office (SPO), part of the Ministry of Justice. In 2008 the decision was taken to merge the SPO into OPSI and to bring the online legislative services together, creating a single place where visitors could access the widest range of legislative content held by the government alongside supporting material.

Considerable progress in developing this new service had already been made during 2008 and, since the merger became effective in January 2009, the pace of development has quickened.

The development is being led by John Sheridan, Head of eServices at OPSI. John is also on the expert panel of technologists advising the government on making public sector information more open and accessible on the web, which panel, as widely reported, now includes Sir Tim Berners-Lee.

So the tech credentials are second to none, but the development has to be lead by what users want. Who currently uses the legislation websites and what for?

To inform its development of the new service, OPSI conducted a detailed analysis of the two legislation site traffic statistics and an extensive survey of their users, profiling typical users by creating “personas”.

Unsurprisingly, the primary user is the professional, personified by Mark Green, a council Environmental Enforcement Officer. He is web-savvy and a regular user, more so of OPSI. He needs to quote legislation, uses a handful of Acts regularly and has no access to subscription services. Most smaller firm lawyers and individual barristers will no doubt identify with this persona.

Jane Booker, Law Librarian, is a secondary persona. She is an expert web researcher and confident researcher of legal documents. She is a regular user, more so of SLD and is likely to use all the features SLD site offers. She is time pressured to respond to queries. She uses subscription services and other sources.

Another secondary persona is Heather Cole, a member of public seeking to defend her rights. She is web savvy but a first time user. She does want to view legislation, but needs support and advice too; she needs to understand what she is seeing.

The OPSI website attracts 1.2 million unique visitors monthly; the SLD 150,000. Visitors predominantly come to the SLD through direct entry – ie knowing the website URL and typing it directly into their browser or by visiting the site via saved bookmarks. This suggests there is a strong community of frequent users of the service. In comparison, the OPSI site draws most visitors from search engines (ie not direct entry) and has a lower proportion of returning visitors.

What improvements will we see?

The goal of the Single Legislation Site (SLS) project is to improve access to legislation by:

The best of both data resources

The SLS will effectively combine and integrate the following legislation data resources:

The combined data will be presented using a reconfigured version of the current OPSI legislation interface which is far easier to navigate and far more responsive than the SLD interface. It will incorporate and extend all the features recently introduced, including PDF versions of legislation, addressable content fragments, RSS feeds and more.

Keeping the SLD fully and expeditiously up to date is of course a goal. The merger of the SPO and OPSI editorial teams has provided the opportunity to deduplicate some effort and hence to improve the timeliness of updates, but it remains the case that the editorial work is time consuming and publishing of consolidated legislation will always lag some way behind the publication of amending instruments.

Given this, if users are to be able to rely on the SLD, it is imperative that the status of what the user sees is absolutely clear, ie what later effects are not incorporated, and that ready access to the relevant amendments is provided.

At present if one accesses a piece of legislation on the SLD that is not fully up to date, one is faced with a warning such as this (re Employment Rights Act 1996):

There are effects on this legislation that have not yet been applied to the Statute Law Database for the following year(s): 2003, 2004, 2005, 2006, 2007, 2008, 2009. Please see the Tables of legislative effects for details. See also important information in Update status of legislation.

Not only is this off-putting (“How can I possibly rely on this?”), but it is also unhelpful and actually accessing the relevant amendments is a tortuous process. However, all the data necessary to present useful lists of relevant amendments and build links to them are held in the Tables of Effects which the SLD maintains; using data linking techniques, the new site will provide intuitive, direct navigation to these amendments.

Key to the utility of the new legislation service and opening up the information has been the development of a permanent URI scheme for addressing legislation, legislation fragments, versions and related resources on the new site which will be at www.legislation.gov.uk.

For example, a UK Public General Act will be addressable by its number as

or by its short title as

Fragments will be addressable as

and if a version other than the current is required, the enacted version will be addressable as

or that current on a particular date as

This scheme will be permanent. It will avoid link rot and provide an intuitive format with which any external individual or website can reliably construct an address to any legislative resource. This is not just a technical nicety, but a fundamental improvement that will open up UK legislation for public consumption.