Europa is the official website of the European Union and the starting place for all information on the Institutions of Europe. It is a complex site, attempting to provide information for many different types of viewer – from children, students and adult viewers through to politicians and lawyers looking for the “nitty gritty” of the EU. Indeed, this is probably one of the most complex sites in the world, with so many types of viewer, so many institutions and so many languages – anyone else’s design problems pale into insignificance!

After choosing your language from the 24 available, you are presented with information on how the EU works (countries, facts and figures, institutions), Your Life in the EU, EU by Topic (agriculture, trade, economic affairs etc), Doing Business, and EU Law. The section on EU Law describes how decisions are made, the Application of EU Law, Treaties, Legislation and Case Law. Although headed “EU Law”, this section is designed for citizens rather than lawyers as such. For the full legal complexity of the European Union, see the Eur-Lex site, described later, below.

The European Parliament is presented in a newsy and people-friendly fashion. As it says on the “Parliament and You” page, “This is your assembly, the only directly-elected European Union institution. On these pages you will find a short introduction to how the parliament works. We present its powers and functions, explain how Members of Parliament organise their work and explain how you can contact us. A final chapter is devoted to past events that have shaped the Parliament’s role in the EU.”

The European Commission represents the general interest of the EU and is the driving force in proposing legislation (to Parliament and the Council), administering and implementing EU policies, enforcing EU law (jointly with the Court of Justice) and negotiating in the international arena. It says: “The Commission’s website aims to provide information on the members, duties and organisation of the European Commission, information on the latest developments in EU affairs, the latest official press releases, photos and live TV coverage of EU affairs, access to public policy consultations contracts and grants and information on how to contact and visit the Commission.”

The Commission has the right of initiative to propose laws for adoption by the European Parliament and the Council of the EU (national ministers). In most cases, the Commission makes proposals to meet its obligations under the EU treaties, or because another EU institution, country or stakeholder has asked it to act. From April 2012, EU citizens may also call on the Commission to propose laws (European Citizens’ Initiative).

The principles of subsidiarity and proportionality mean that the EU may legislate only where action is more effective at EU level than at national, regional or local level, and then no more than necessary to attain the agreed objectives. Once EU legislation has been adopted, the Commission ensures that it is correctly applied by the EU member countries.

There are three courts within the overall institution: the Court of Justice, the General Court (created in 1988) and the Civil Service Tribunal (created in 2004). Since their establishment, approximately 15,000 judgments have been delivered by the three courts.

As each Member State has its own language and specific legal system, the Court of Justice of the European Union is a multilingual institution. Its language arrangements have no equivalent in any other court in the world, since each of the official languages of the European Union can be the language of a case. The Court is required to observe the principle of multilingualism in full, because of the need to communicate with the parties in the language of the proceedings and to ensure that its case-law is disseminated throughout the Member States.

EUR-Lex provides free access, in the 24 official EU languages, to:

To find documents or procedures there are several sorts of search – quick, advanced or expert search. You can refine a results list by using facets (search filters) or by editing the search query. You can also change the results list display and sorting criteria. You can also browse for documents in the directories and lists of documents by institution.

There is a very helpful article by Ruth Bird, Bodleian Law Librarian at the University of Oxford, on Free European Sources/, providing a guide through this site.

European Sources Online (ESO) is an online database and information service which provides access to information on the institutions and activities of the European Union, the countries, regions and other international organisations of Europe, and on issues of importance to European researchers, citizens and stakeholders. The site includes a series of “ESO Information Guides” on EU Institutions and Policies. ESO provides access to thousands of expertly selected, well known and less well known websites, documents and publications from the EU and other international organisations, national governments, think tanks, stakeholder organisations, working papers etc, full text articles from Financial Times, plus bibliographic records to key academic textbooks and periodical articles, and a series of Information Guides compiled by the ESO Editorial Team. 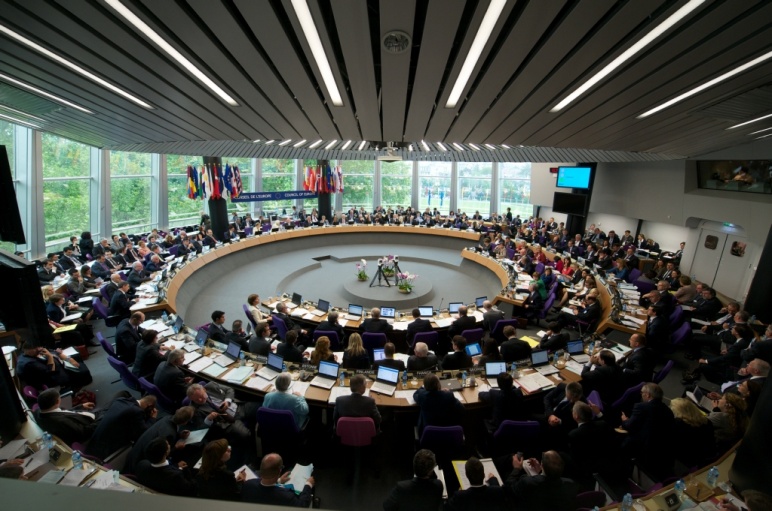 The Council of Europe, in Strasbourg, provides a wider grouping than the European Union – any European state can become a member, provided it accepts the principle of the rule of law and guarantees human rights and fundamental freedoms to everyone under its jurisdiction. The European Convention on Human Rights, which came into force on 3 September 1953, is the Council of Europe’s main convention. All States wishing to become members of the Council of Europe are obliged to ratify the Convention. There are 47 states at present, 28 of which are members of the EU. Other members include several of the former Eastern European states. The European Court of Human Rights (see below) oversees the implementation of the Convention in the member states. Individuals can bring complaints of human rights violations to the Strasbourg Court once all possibilities of appeal have been exhausted in the member state concerned. The site itself is designed to be “citizen friendly” with pictures and news items but there is a great deal of information on the site ready to be brought to the surface.

The European Court of Human Rights, also based in Strasbourg, is an international court set up in 1959 which rules on individual or State applications alleging violations of the civil and political rights set out in the European Convention on Human Rights. Since 1998 it has sat as a full-time court and individuals can now apply to it directly. The Court has delivered more than 10,000 judgments. These are binding on the countries concerned and have led governments to alter their legislation and administrative practice in a wide range of areas. The Court’s case-law makes the Convention a powerful living instrument for meeting new challenges and consolidating the rule of law and democracy in Europe. The Court’s building was designed by the British architect Lord Richard Rogers in 1994. From here, the Court monitors respect for the human rights of 800 million Europeans in the 47 Council of Europe member States that have ratified the Convention. The site provides a history of the institution and also has recent judgments available and a searching facility called HuDoc, see below.

The HUDOC database provides access to the case-law of the European Court of Human Rights (Grand Chamber, Chamber and Committee judgments, decisions, communicated cases, advisory opinions and legal summaries from the Case-Law Information Note), the European Commission of Human Rights (decisions and reports) and the Committee of Ministers (resolutions). The data base has recently been reformulated to provide better searching facilities and access to the ECHR judgments and decisions.

The International Court of Justice, the principal judicial organ of the United Nations, is based at the Hague, in Holland. It began work in 1946, when it replaced the Permanent Court of International Justice which had functioned since 1922. The site offers the text of the official judgments since 1946, advisory opinions, and orders, press releases and information on the process of current cases. The decisions are published in English and French, the two official languages of the Court. As well as a “normal” list of decisions, there is also a list of contentious cases by country, so you can see which countries are the main “offenders” (see under “Cases”).

There are further European resources described on my site at www.venables.co.uk/europe.htm.

Delia Venables is joint editor of this Newsletter.