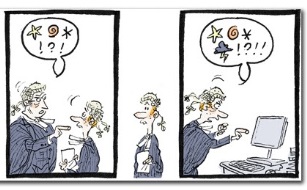 ICLR was founded in 1865 by lawyers frustrated by the inadequacies of the law reports then available. Next year marks the 150th anniversary of that foundation. It seems a good moment to re-examine ICLR’s offering against the needs of the professions that were so instrumental in its birth.

The changing needs of practitioners

As users change, so do their needs and expectations. The changes to the legal professions are not, as some might hope, temporary constraints imposed by austerity.

Several forces are at work.

First, there has been a massive and irreversible reduction in public spending on the legal system. The Lord Chief Justice has spoken recently of a “period of significant retrenchment” of the state (“Reshaping Justice”, 3 March 2014). The late 20th century model of a centrally funded legal aid system – something approaching a National Health Service in law – is in retreat, and the number of practitioners will shrink.

Next, the deregulation of the professions. At first blush this looks paradoxical. The professions have never been so tightly regulated, with their independent disciplinary panels and their quality assurance schemes, and an uber-regulator (the Legal Services Board) to guard the guardians. But there’s another force at work, which is the opening up of closed areas of competence for particular professions. Typical of this are rights of audience, which in the 1980s were extended from barristers to solicitors, in a process that has now reached the point where, in the Family Courts, unregulated and virtually unaccountable “professional McKenzie friends” (a somewhat oxymoronic description) are able to ply their trade, with the permission of the judge (for whom they may be preferable to a disorganised and panic-stricken litigant in person).

Lord Thomas (in the speech cited above) pointed out that the modern legal professions, and in particular their division into two main branches – barristers and solicitors – are a product of the sweeping changes made in a succession of reforms during the Victorian period. He seemed to be suggesting that a reorganisation of similar magnitude may well be occurring now, and things like alternative business structures are just the start of it. (That said, speaking as an ethical shareholder, I await with interest the day Tesco wins a pro bono legal award.)

Of more concern, to a professional law reporter, were the Chief’s remarks about the courts in many areas of law moving towards a more inquisitorial procedure. The development of the common law is dependent on adversarial argument, testing legal propositions before arriving at refinements of the law. How can that process continue in a non-adversarial environment? If the common law ceases to develop, then law reports cease to play the significant role they have occupied over the last several hundred years. That’s not to devalue the function of making law available as information. But the primary function of law reporting has been that of keeping the profession up to date with the developing common law. (My blog on this is at www.iclr.co.uk/end-road-common-law.)

Another factor affecting the needs of users is, of course, technology. This, too, has been highlighted and indeed promoted by the Lord Chief Justice in the recent annual lecture to the Society for Computers and Law. This is not about accessing legal information using IT, or even about the MoJ’s programme of installing wifi in all the courts (which is apparently going to take until 2017). It’s the (long overdue) next stage of digitising the court process – to enable parties to file claims online, lawyers to exchange pleadings and bundles, and advocates to present written arguments using compound PDFs (eg as required by Supreme Court Practice Direction 14 – Electronic Bundles guidance).

How is ICLR responding?

To accommodate these changes, and make itself fit for the future, ICLR has embarked on an ambitious rethink of its entire operations, in four main areas: content, context, tools and access control.

Before the internet, if a case was not reported, it was pretty well invisible. There were collections of transcripts, kept within the court libraries, and only accessible on special request; and transcripts of individual proceedings and judgments could be ordered (for a hefty fee) from the official shorthand writers or the mechanical recording department. But it was not until the development of BAILII and other online archives that the process of selecting a case for a law report ceased to be also a process of preserving the judgment itself for posterity. BAILII now gets 40,000 hits per day: it’s become for a lot of users the go-to site for recent judgments, and is linked to by most media commentators and legal bloggers. Law reporters no longer occupy that rather lofty ideal of being the “guardians of precedent”, saving the worthy new cases from the obscurity into which they would otherwise fall.

It’s also worth bearing in mind that different users have different uses for legal information. Some need precedents, but some just need the “yardstick” cases which tell them what the current rates are for personal injury damages, or sentence for burglary, and a current awareness of the way the wind is blowing through the different divisions of the courts. Academics may choose to sift through hundreds of judgments to measure changes in the use of legal language. Legislators need help in finding and fashioning the language of new provisions, and in anticipating the courts’ interpretation of their enactments.

It’s as important to cater for all of these other uses, as well as those who simply want a collection of the critical precedents. And all of this militates against a purely selective approach. However, it makes sense to concentrate editorial resources on the cases that really matter. So ICLR will continue to do what it does best, and to give the most important cases the full treatment of the officially-approved series of The Law Reports, which are required by Practice Direction to be cited in preference for any other series on the same case. But it will also increase its coverage, using a “less-frills” approach, with full text reports of those cases which are of interest to practitioners in various areas of specialism, or because they contain small points or observations of more general interest. Then, for all the rest, the availability of a transcript, indexed and searchable, means nothing of possible use will be lost.

Cases are not decided in isolation; the whole essence of the common law is its net-like interconnectedness. Earlier cases affect and are affected by later ones. For anyone researching case law, context is all. That is the value of Citator+, ICLR’s powerful online index, which displays more than a century and a half’s worth of editorial information about cases and about the relationship between cases – those published by ICLR and by other leading providers.

One of the ways in which ICLR will be expanding and extending the scope of Citator+ is through a joint Big Data for Law project with the National Archives (discussed in the March issue of the Newsletter). This will examine, among other things, the relationship between case law and statutes, and mine the former for links to and from the latter.

ICLR will also be expanding its links to case commentary from experienced legal bloggers and academic commentators, such as the UK Supreme Court blog (profiled in the March issue of the Newsletter) and the UK Human Rights blog.

From a user’s point of view, it may not matter whether the vast range of content to which they wish to have access is all kept under one roof, or several. What matters is that they can go to one place to find it. The advantage of sucking in all the content your subscribers might want is obvious for a large commercial publisher with the resources to capture and keep it all. For ICLR, a charity of limited resources but hopefully not unlimited resourcefulness, the better solution is to provide a way of accessing content held on a range of different sites, without the need to perform more than one central search.

Thus ICLR plans to develop its search technology to enable users to find content not only within the various collections on the site but also those, like BAILII, EurLex and Hudoc, outside it. Most of this will be free content but held in different places. What will bring it together for the user will be a hub-like unified search.

ICLR is not a profit-driven international publishing conglomerate whose subscriptions spiral ever upwards. Its articles of association require it to provide law reports “at a moderate price”. It aims to be the “law s ervice for the rest of us”.

One of the ways ICLR currently acts in a pro bono capacity is by providing a free case law summary service – the WLR Daily – which includes a searchable online archive going back five years. Cases are selected on the basis that they will or may ultimately be reported in full by ICLR. There are links from BAILII and, via a widget on its main law page, The Guardian. For cash-strapped law centres and the increasingly numerous litigants in person, WLR Daily reports are – or should be – a godsend. Google will find them, of course, but only by name or citation. The free search on ICLR enables them to be found by subject matter, free text, judgment date, court etc as well.

ICLR is looking at other ways in which to provide some content for free, while also providing those who pay subscriptions with an even better service. It will do this by further developing its “freemium/premium” access model.

Thus for paying professional and academic subscribers, ICLR Online will be developing a number of its document management tools, so that busy users will be able to annotate, organise and file cases and other documents and incorporate them into an electronic bundle. It will be expanding the content available to subscribers, and the Citator+ overview in the context of which it can be viewed.

The legal world into which ICLR was born 150 years ago has changed beyond recognition, and the critical role played by ICLR, as the professionally founded and officially recognised provider of The Law Reports, setting a standard by which other series are judged, remains a key part of what it does.

Yet it is not the whole story. “Content is King”, as potential subscribers keep telling us, but its value is only truly realised in a service that helps users find the content they need and displays it in the context of other relevant information and offers tools to enable users to manage and process it. With a balance of skilful selection and comprehensive accessibility, ICLR aims to add value rather than price in the digital age.

Paul Magrath is Head of Product Development and Online Content at ICLR. He was formerly editor of the Business Law Reports and is now editor of the ICLR blog. He has written articles and reviews for The Times, The Independent, Counsel magazine and various journals.

One thought on “The future of law reporting”