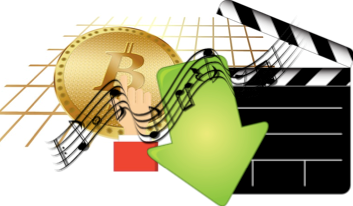 The decentralised cryptocurrency, Bitcoin, is the context in which the first blockchain has been developed. That blockchain keeps a continuous, almost real-time, track of currency transactions, and prevents double-spending. Although this is one use to which the blockchain concept can be put, the Economist emphasised that there are countless other applications: “One idea, for example is to make cheap, tamper-proof public databases … [such as] registers of the ownership of luxury goods or works or art.”

The Walport report emphasises that the blockchain has the “power to transform ledgers as tools to record, enable and secure an enormous range of transactions. … Distributed ledger technologies have the potential to help governments to collect taxes, deliver benefits, issue passports, record land registries, assure the supply chain of goods and generally ensure the integrity of government records and services.”

Consequently, as John Danaher, on his blog Philosophical Disquisitions, observes, “the really interesting thing about blockchain technology is how it can be used to manage and maintain other kinds of transactional data”, and in particular, how the “the distributed ledger system can be used to confirm whether contractual conditions have been met”.

A matter of trust

Assume an initial purchaser (let’s call her Isabel), who has purchased a DVD of the latest blockbuster franchise movie from a high street retailer. Having watched the movie a few times, she now wants to sell it for a small amount to put towards the purchase of the sequel. A subsequent purchaser (let’s call him Sam) who is just getting interested in the franchise can indeed purchase Isabel’s DVD. And Isabel can sell it to Sam without infringing copyright in the original work. The rights-holder’s right to distribute the work is exhausted by the first sale of the material object containing the work, and the owner of the material object can dispose of it as he or she wishes. So, in the case of a material object, such as the DVD, if Isabel sells it to Sam, he has it and she does not.

Now, assume that, instead of purchasing a DVD from a high street retailer, Isabel had instead downloaded the latest blockbuster franchise movie from a digital retailer (let’s call them eFillums). The problem is that it is not as easy for her to sell the download to Sam, without infringing copyright in the original work. On the one hand, in the case of the material object such as the physical DVD, if she sells it to Sam, he has the DVD and she does not. On the other hand, in the case of the digital version such as the download purchased from eFillums, she can give a digital copy to him, and still retain a digital version for herself as well.
In Case C-128/11 UsedSoft v Oracle [2012] ECR-I nyr (3 July 2012), the CJEU held that the principle of exhaustion of rights by first sale is as applicable to digital, as it is to physical, goods. However, the fact that the vendor can retain a copy led Sullivan J in the Federal District Court of the Southern District of New York in Capitol Records v Redigi Inc (SDNY, 30 March 2013), to hold that the purported sale effectively amounts to the making of an infringing copy of the work. What this means for Isabel and Sam is that, whilst the sale of the download might in principle be possible (UsedSoft v Oracle), it is very hard to see how this can be done successfully in practice without infringing copyright (Capitol Records v Redigi).

At the heart of the issue, the problem is trust: copyright owners simply do not trust initial purchasers not to cheat, by keeping a digital copy of any digital good they purport to sell. However, if the blockchain is a solution to problems of trust, I wonder if it can provide a solution here, which acknowledges with UsedSoft v Oracle that there can be a resale of a digital good, whilst meeting the Capitol Records v ReDigi objections on the facts.

The solution might look like this. Assume again that Isabel has downloaded the latest blockbuster franchise movie from eFillums. When eFillums sell the download to Isabel, it registers her with the blockchain as the owner. And, again, having watched the movie a few times, she wants to sell it. So, she puts it up for sale on a digital exchange marketplace (let’s call it ReSoft).

Again, Sam is just getting interested in the franchise, and so wishes to purchase Isabel’s download. When ReSoft facilitates the sale of the download from Isabel to Sam, it registers Sam with the blockchain as the owner. And eFillums, which is monitoring the blockchain, will know that the download is now owned not by Isabel but by Sam. So, when Sam logs back in to eFillums, it can trust the blockchain’s transfer of ownership to Sam, and it will recognise the copy of the movie download in his local library as a legitimate one.

During the Cold War, as the US and USSR were negotiating arms cuts, the US mantra was an old Russian proverb: trust, but verify. Hence, when Isabel logs back in to eFillums, it can trust the blockchain’s transfer of ownership to Sam, and it can verify for itself the download is no longer stored on any of her registered devices. Indeed, it can go considerably further.

Not only can the blockchain be used as a truth machine, but – as the Economist briefing explains – it can be programmed so that an associated cryptocurrency “only becomes available under certain conditions”. In the case of the sale from Isabel to Sam, the transaction could be structured so that the payment to Sam does not go through until eFillums has verified that Isabel no longer has a copy of the movie. And to ensure that Sam is not left in limbo, there could be a relatively short time-limit within which Isabel has to log back in to eFillums so that the verification can take place; otherwise, the transaction is cancelled and Sam gets his money back.

The blockchain here ensures that there is only ever one copy of the download in circulation at any one time. This meets the factual objections raised in Capitol Records v ReDigi and at the same time gives effect to the principle in UsedSoft v Oracle. It may be, therefore, that the blockchain can unblock the resale of digital goods. The Economist briefing explains that, in recent months “there has been a rush of bankerly enthusiasm for private blockchains as a way of keeping tamperproof ledgers. … The first order of business for R3 CEV, a blockchain startup in which UBS has invested alongside Goldman Sachs, JP Morgan and 22 other banks, is to develop a standardize architecture for private ledgers.”

The potential of the blockchain

Of course, the blockchain brings with it challenges as well as opportunities. However, if the banking industry can do this, so too can the rightsholders in the books, movies, music and software industries. Others have made similar suggestions; and the entertainment industry is already exploring the potential of the blockchain in other aspects of its business.

So, let’s see if the content industries allow the blockchain to unblock the resale of digital goods. Who knows, they might make a bit of money along the way, and give their customers what they want. Amazon have looked at personal data stores as a means of achieving this end. I wouldn’t be surprised to learn that someone somewhere is in the process of developing the blockchain to permit the resale of digital goods without infringing copyright. The sooner they get there, the better for Isabel and Sam.

Dr Eoin O’Dell is a Fellow and Associate Professor of Law in Trinity College Dublin. He blogs at Cearta.ie (the Irish word for rights). Email odelle@tcd.ie. Twitter @cearta.

This is a revised version of a post that first appeared on his blog.

Image: via Pixabay and Evolutionxbox on Deviantart.