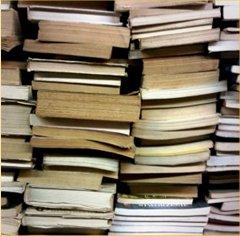 The Google Books settlement, if approved, will constitute a significant development in the area of copyright, particularly digital copyright, in both the US and the rest of the world.

In 2004, Google announced that it had reached an agreement with a number of US libraries to digitise books and materials held in the collections of those libraries. The Google Books service proposed to make up to 20 per cent of a scanned book available for viewing for free, and the whole book available for a fee. In 2005, the Authors Guild and five members of the Association of American Publishers initiated a class action against Google claiming copyright infringement by the creation of digital copies of copyright-protected works for commercial use. Google claimed in its defence that it was entitled to scan the books under the “fair use” provisions in US copyright law.

The parties reached a settlement in October 2008 following three years of litigation. Court approval is required before the settlement can become effective, but if approved, Google will be entitled to continue to make digital copies of the book collections available online. The settlement distinguishes between those books that are in print and out of print. The authors of books that are in print must expressly opt into the deal, whereas for those out of print, the authors and publishers must notify Google that they do not wish their books to be available in this manner. The incentive for authors and publishers to opt into the deal is that they will receive 63 per cent of the royalties on all Google revenues from the display of their work. Under the settlement, Google will also pay for the establishment of a Books Rights Registry which will oversee the identification of rights holders and the distribution of revenues.

The US Department of Justice, which recently objected to the settlement on the grounds that it is anti-competitive and may breach antitrust laws, has encouraged the parties to modify the settlement before presenting it to the courts for approval. In the light of the comments of US Department of Justice, a status conference originally scheduled for 7 October 2009 has been postponed until 6 November 2009 to give the parties time to review the settlement and to determine how the case will proceed.

Implications of the settlement

As this is a class action, the settlement will affect everyone who is a member of the “class”, even though they are not a party to the action against Google. The “class” consists of all persons owning a “US copyright interest” in a book or insert as at 5 January 2009. A US copyright interest will apply to a publication where it has been published in any of the following: (i) the US; (ii) any other Berne Convention Country; or (iii) another country which has copyright relations with the US (as identified by the US Copyright Office). As a consequence, and as many writers internationally are published through US publishers, the settlement will affect writers and publishers worldwide.

An Irish or UK author will be a member of the settlement class as long as he/she has not completely assigned the copyright in the works to a third party. Further, an Irish or UK publisher, or an owner/exclusive licensee of the copyright work, will be covered by the settlement for the purposes of copyright protection in the US. Commentators have also warned that it is highly likely that Google will seek to replicate this deal with publishers across the world.

Response to the settlement

It has been reported that Google has already digitised more than seven million books, including millions of books which are still in copyright in the US.

However, there has been widespread criticism of the deal since the details of the settlement were published. In particular, concerns have been raised regarding Google’s rights over what are known as “orphan works” – that is works that are still in copyright but whose authors are unknown or cannot be found. In effect the settlement would give Google the sole control of such works.

Critics have argued that public bodies, rather than commercial organisations such as Google, should be granted the right to scan, hold and take charge of books. Furthermore, critics are concerned that this deal is a further example of the power of Google. The settlement appears to require a significant effort on the part of individual copyright holders to stay out of the deal whereas there is little obligation on Google to seek individual permission.

The German government has lodged an objection to the deal claiming that the settlement would undermine the rights within the US of German authors. The German government submitted that such an agreement would violate the 1996 WIPO Copyright Treaty and threatens the European Commission’s attempts to establish public digital libraries. On 7 September 2009 France joined Germany in its objections claiming that the settlement could lead to a new worldwide copyright regime in which Google would occupy an authoritarian position.

However, it should be noted that many are equally in favour of the proposal and have opined that the settlement presents an opportunity for out-of-print works to earn revenue again. In addition, it means that authors will no longer be dependent on their publishers’ decisions on whether or not to reprint publications. Google claims it is seeking to bring “new life to old works”. In postponing the status hearing Judge Chin commented that “the proposed settlement would offer many benefits to society, as recognised by supporters of the settlement as well as the Department of Justice. It would appear that if a fair and reasonable settlement can be struck, the public would benefit”.

In 2005 the European Commission set up its own digital library of Europe’s digitised books and has already scanned in approximately 4.6 million books. However, unlike Google’s plan, the EU’s existing digital library does not scan in books or orphaned works that are still protected by copyright. Copyright is governed differently in the US than in Europe: in the US any work published before 1923 is out of copyright whereas in Europe copyright exists in a literary work until 70 years after the death of the author, irrespective of when the work is first made lawfully available to the public.

The European Commission is currently holding a consultation, which will run until 15 November 2009, on how best to operate the digital library. The European Commissioner for Information Society and Media, Ms. Viviane Reding, indicated that in the coming weeks she wants to consult with all stakeholders, including Google, authors, editors, publishers, academic libraries and bookshops, to find a solution to this copyright issue. The aim is to create a common set of rules whereby books will be available to all EU consumers whilst also ensuring that authors benefit from profit revenues. Ms. Reding acknowledged that each member state in the EU has different copyright rules. However, she noted that the digital world is borderless and in this respect, a European copyright law should be introduced.

Ms Reding stated that it is hoped that there will be 10 million books digitised in the European library by 2010.

It would appear, therefore, that while the settlement in its current form may not be approved, the issues surrounding the digitisation of books will increasingly become a consideration for authors and publishers.

It may become difficult for authors to control the digital reproduction of their works and in future authors may in fact welcome the settlement or some variant of it for establishing a new market for e-books and providing an additional means by which income can be generated.

In any event, all eyes will be on the US courts in the coming months to see if Google’s intentions to make available large collections of books online will succeed.

See further the update in our March 2010 issue.

Emmet O’Grady is an Associate with the Technology Group in Arthur Cox and Maeve Moran is currently a Trainee with the group.

One thought on “The Google Books settlement”