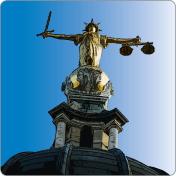 On 1 April 2011 the Justice site (www.justice.gov.uk) was born. This is not the Ministry of Justice site by another name but the beginnings of a “super-site” that will act as a portal to all services within the justice system for the professional user.

The previous administration’s “Transformational Government Strategy” (published by the Cabinet Office in 2006) proposed that at least 550 government websites would be closed, with only 26 certain to be retained. At that time, I speculated that those 26 would comprise one website for each Department plus DirectGov and Business Link. It seems that – albeit under the new administration – the Justice site is aligned with those aims. There are many good reasons to whittle down the number of government sites, not least of which must be that there must be substantial savings to be made. But if the new Justice site is anything to go by, user experience be damned.

Note that the Justice site is still developing rapidly; the information and links provided in this article were correct as at 6 July 2011 but are subject to change.

Justice incorporates information and guidance from numerous now redundant sites within the “justice system”. If we take the Organisations option on the main menu, we find 27 organisations listed; but if from the Home page we follow the link to View all organisations, we find over 50 listed.

Prior to 1 April, most of these 50 organisations maintained their own independent websites. Now, we are not quite sure where to look! In some cases all of the information from the former website appears to be contained on Justice: for example, the Office of the Public Guardian at www.justice.gov.uk/about/opg.htm. In other cases introductory information is provided and an independent sub-site is hosted on Justice: for example, the Law Commission sub-site at www.justice.gov.uk/lawcommission. In yet other cases only introductory information is provided on Justice and an independent external site remains: for example, the Legal Services Commission which is still at www.legalservices.gov.uk. Finally, there are cases where most information is contained on the Justice site but some substantial services are external: for example the Money Claim Online and Possession Claim Online services remain external.

The Ministry of Justice itself features at www.justice.gov.uk/about/moj/index.htm.

Justice is “aimed at those working within and reliant on information produced by a number of different bodies [within the justice system]”, aka “professional” users. The Directgov and Business Link portals are intended to provide the relevant level of information and guidance on justice topics for the public and business users respectively.

The information on Justice can be approached from the main menu either by Organisation or by information type: News, Reports and data, Guidance, Forms, Consultations or Jobs.

Each of these main sections has a different colour-themed left hand side menu bar which drills down up to five levels deep until hopefully we end up with what we were after – on a page with a very long URL like http://www.justice.gov.uk/guidance/courts-and-tribunals/courts/administrative-court/administrative-court-charter.htm.

The left hand menu options are in various shades of the theme colour, but the hierarchy is not immediately obvious. Each page also has a right hand side navigation bar “branded” with the logo of and linking to information about the organisation relevant to the information being viewed. This navigation scheme probably seemed logical to some geek/designer who persuaded some approval committee, but I suspect it wasn’t road tested much and will baffle the average user. Let’s look at a few examples.

The Organisations option leads to information pages about the 27 core organisations. There are few levels used but it’s still possible to get lost. For example, choose Organisations – HM Courts & Tribunals Service – Tribunals. Now in the page content under First-tier Tribunal, General Regulatory Chamber click the link to Charity. We are spirited off to the Guidance section for information about this tribunal.

The Guidance section is arranged by subject and leads to information on procedures. For example, choose Guidance – Protecting the vulnerable – Mental Capacity Act for information about the Act and procedures under it. Note that the page is branded on the right as being under the remit of the Office of the Public Guardian.

Now try Guidance – Courts and Tribunals – Courts. “On these pages you can find guidance on certain court processes. This content is mainly for those working in the legal profession in various capacities but will also be of use to individuals seeking information on procedures. It includes the work of the Royal Courts of Justice and the Northampton Bulk Centre, together with court hearing lists.” There is a huge amount of information on these pages – ie most of what was on the former HM Courts Service site. Cast your eyes down to the bottom of the left hand menu to Procedure rules: this discreet menu option is the entry point for the huge sub-sites for the Civil, Criminal and Family Procedure Rules formerly published on the MoJ site. They deserve a more prominent mention, on the main menu perhaps, and a more elegant URL structure than the cumbersome http://www.justice.gov.uk/guidance/courts-and-tribunals/courts/procedure-rules/civil/contents/parts/part01.htm.

Note also that “Information about some key court processes has moved to Directgov, namely Small claims, Divorce proceedings, Civil partnership dissolution, Adoption, Victims and witnesses in criminal cases, Criminal procedures, Jury service, Money Claim Online (MCOL)”. I think rather than “has moved to” is meant “is also available on” as clearly information on all these topics is on the Justice site (and MCOL itself is still at www.moneyclaim.gov.uk).

While forms can be accessed via the Organisations or Guidance routes, the main menu Forms option gives slightly more direct access to forms for the Court Funds Office, the Criminal Injuries Compensation Authority, HM Courts & Tribunals Service, the Office of the Public Guardian and the Official Solicitor and Public Trustee (though, as mentioned above, HMCTS court forms presently remain on the old HMCS FormFinder URL).

Overall the Justice site has the feel of being cobbled together from its constituent parts. It is a huge site with no unifying purpose. The navigation system is confusing and the URLs unmanageably long. I can’t see much in favour of it. We should, however, give it a little time to complete its gestation.

See further the article on the Family Procedure Rules sub-site in this issue.