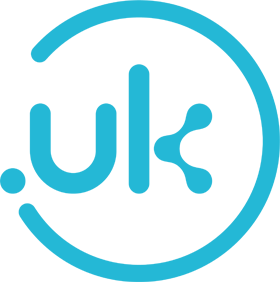 It's sobering to reflect that 20 years ago most businesses, even big businesses, didn't know the first thing about the nascent internet. McDonalds had not yet even registered McDonalds.com.

There followed a domain name land rush and, ever since, domain names have been big business, with choice dot coms in particular commanding high resale prices.

In the UK .co.uk has been the domain of first choice in. But .com and .co.uk are no longer the only games in town.

The rules for registration are largely the same as for existing .co.uk and .org.uk domains except that a physical address for service in the UK is required.

If you had at 10 June a .co.uk registration, the new .uk equivalent domain will have been reserved for you for free up until 10 June 2019 as long as your domain remains registered (failing a .co.uk, .org.uk, .me.uk, .net.uk, .plc.uk or .ltd.uk in order have the right of registration). You can check who has the right of registration to a particular .uk domain name using the Rights Lookup Tool.

While .uk is an existing country code top level domain (ccTLD) which has now been brought into service for second level domain registrations by the general public, hundreds of brand new generic top level domains (gTLDs) have now also been delegated following an application process which saw registrars paying hundreds of thousands of pounds for the right to administer their chosen domains.

These new domains are coming into operation on a rolling program which started in February and is now mid-way through. There are generally two or more phases to the launches of each domain:

Many of the new domains reflect regions and cities:

The .london launch began on 29 April 2014 with a priority period which ended 31 July for, firstly, TMCH registrants and, second, other London-based businesses, organisations, and individuals. Following a pause whilst these priority applications are evaluated and registered, .london will open for general availability on 9 September when anyone will be able to register for any available .london domain name on a first-come, first-served basis.

.scot is being launched in three phases running from Pioneers (live) and priority registrations (open) through to general launch on 23 September. According to The Scotsman, the Glasgow-based not-for-profit outfit Dot Scot Registry (DSR) paid more than £300,000 for the licence for .scot. Demand has been so great that the firm believes it will be in profit within the first year and has promised to donate surplus money to new small businesses.

Launch dates are still awaited for .wales. And as for .eng, we're still at the campaign stage!

The full list of new domains ranges from from .abogado through .guru and .ninja to .zone. A handy site for browsing and reviewing the list is iwantmyname, though head over to ICANN for the official lowdown.

A couple that will be worth law firms' attention in particular are .llp and .partners. Stake your claims now!

The following items have been selected from Delia’s “New” page.

LPC Scholarship from Datalaw to be won

Datalaw, a leading legal CPD provider, will pay the tuition fees for the Legal Practice Course – a prize worth up to £12,000 – to the winner of its new competition. The competition is open to paralegals and trainee solicitors in England and Wales who are available to start their LPC in September 2015. Applicants will be asked to answer a series of questions posted on the website. From the responses, 50 hopefuls will be selected to write a blog or submit a five-minute video explaining why they want to become a solicitor. Those submissions will be assessed by a judging panel, and a shortlist of 10 candidates will be chosen for a final interview with the winner to be announced in mid-March. Details can be found here.

Quill is expanding its outsourced cashiering service. It seems that more and more law firms are outsourcing their legal accounts function. Reasons include the lack of trained (traditional) cashiers available; the ever increasing burden of regulation making these very demanding positions, even for smaller firms; and the benefits of outsourcing in general. The new posts are based in Quill's offices in Manchester and are part of an approved training scheme which has been running for several years in association with the University of Chester.

Norwel's robot wins "employee of the month" award at Stephensons

Norwel's practice management system Prescient+ can be configured to carry out out routine functions early in the morning and late at night and it has even been suggested that the software should be given "employee of the month" status by solicitors firm Stephensons as can be seen in their case study. The robot produces standard e-mails, texts, letters and documents; updates case records and transfers packets of data to the online case management system. When all processing is completed, the Robot automatically schedules a further set of tasks, before returning back to "sleep" for another 23 hours.

The new president of the Law Society is Hampshire solicitor Andrew Caplen. He is making Access to Justice and the preservation of legal aid his priorities and he has also announced a new event for the Law Society – an Access to Justice day on 8th September which will herald the start of a new campaign and a major research programme. He said: "Under my leadership, the Law Society will re-focus on access to justice and will continue to fight the erosion of legal aid. I have spent the last 20 years fighting against the cuts, so I know what this is all about, I have lived it. Access to justice ensures the basic functioning of our democratic society." He will also be placing a special emphasis on gender based violence, and will commit the Law Society to lobbying the government to amend LASPO so that legal aid is more easily available for victims of domestic violence. The full press release is here.

Eclipse Legal Systems have provided an automatic link from their case management system Proclaim for online ID and AML checking services from CRIF Decision Solutions. This integration enables users to request 'one click' ID and AML checks, directly from the Proclaim user desktop. Users select the type of search required (ID or AML) and enter details of the subject and then search results are returned directly to Proclaim, embedded within relevant client fields and the file history.

The Criminal Justice Secure eMail service (CJSM) allows people working in the CJS and those working to prevent crime, including public, private and voluntary organisations, to send emails containing information up to an equivalent of ‘Restricted’ (i.e. sensitive data), in a secure way. These key groups of people can now send emails securely to each other. To make the most of this new facility, case management specialist DPS Software has added a new functionality to DPSCloud, its managed IT solution which allows law firms to send and receive CJSM emails straight from and into their Outlook Office inbox and assign them to the right case or matter in their case management system. This is possible becuase of the integration between Microsoft’s email platform and DPS’s case management software that gives users access to their case-related information straight from their email system.

The Law Society has announced a joint venture with Mastek UK Limited to deliver its online Conveyancing Portal, which aims to speed up the home-buying process. Law Society deputy vice president Jonathan Smithers said: "The Portal will make it easier for conveyancing professionals to better serve the house buying public. In its first phase the system will allow professionals to better communicate with each other, clients and other parties, satisfy due diligence obligations more quickly and at lower cost and facilitate the conveyance of residential property through established protocols." Mastek UK Limited is a multinational information technology services company with a presence in the US, Canada, UK, India and Asia-Pacific. There is more information on the Mastek UK site and also in the legal journal Legal Futures. The Law Society's Conveyancing Portal is also described on its own site here although this does not yet have news of the joint venture.