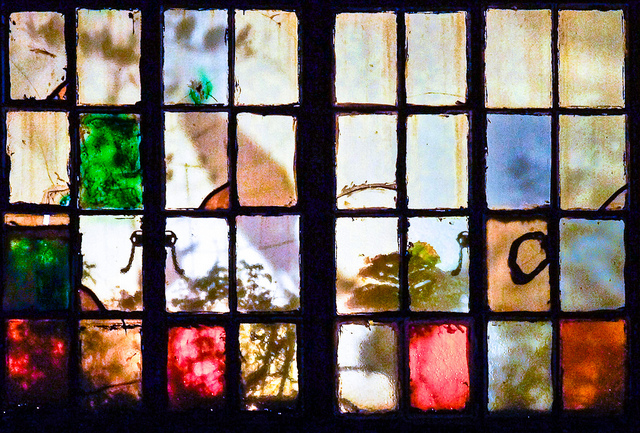 Law is a complicated subject and its effect on people’s lives can be hard to explain. But in certain areas the traditional media, particularly at the tabloid end of the spectrum, are notoriously prone to bias and misrepresentation.

Three areas of law where this is particularly noticeable are family, crime and human rights.

In all three areas, lawyers who are fed up of seeing cases misrepresented in the press have got together to provide a solution: websites which aim to clarify the issues, dispel the myths and help the general reader to understand what is really going on.

Family law, particularly in relation to the welfare and care of children, is widely misreported. To be fair to the press, they are by no means the only culprits. The parties involved and their supporters are just as much to blame, often posting blatantly compromising information on social media and discussion forums in plain contempt of court. But the press do seem to have a collection of axes that they bring to the grinding wheel with weary regularity. Headlines about social workers snatching away babies and loving parents being banished from their children’s lives forever by “secret courts” recur with depressing frequency, often based on a partial (in both senses) version of the facts.

(Two convenient examples of this phenomenon are: what became known as “the Italian C-section case” and “the curious case of the judge with no name”).

The Transparency Project is the brainchild of Lucy Reed, a family law barrister (who also blogs as Pink Tape. Its aims were explained it its first blog post as being: to shed some light on the workings of the Family Courts, to make the process and the cases understandable for people without law degrees; and to make things a bit clearer so that you can make up your own mind about the Family Court and the decisions it makes, not to push a particular view or agenda.

Its Mission Statement makes clear that it “does not seek to promote a particular perspective” but rather “to facilitate and engage with evidence based and properly informed public debate”.

On the blog, its eight regular authors as well as other occasional contributors write about recent cases and about relevant developments in family justice in a way that is intended to be clear and easy to understand for non-lawyers. There is a page of resources which can be linked to, and a dictionary of technical terms, such as “threshold criteria” and “significant harm”, which may be used in articles.

But the project is more than just a website. It is being registered as a charity, and on 1 June 2015 is holding its first conference: Is the Child Protection System Fit for Purpose?

This is a one-day multi-disciplinary conference “which will discuss the different views and perspectives from experts, lawyers, social workers, parents and care leavers in an attempt to re-position the current unhealthily polarised debate around the child protection system.”

Lucy Reed and Sarah Phillimore, who both practise from St Johns Chambers in Bristol, together with a group of other family lawyers, have set up a public information website for local court users.

The Family Court Information website provides answers to frequently asked questions, such as “What alternatives are there to court?”, “I don’t understand how courts work” and “I need support at court” which bewildered people with no previous experience of the family justice system may need to ask, as well as more sophisticated information about claiming legal aid, using online resources, approaching organisations who help Litigants in Person, and so forth.

It’s clean, clear and easy to use – a triumph of transparency, if you will. Moreover, it is an entirely independent voluntary venture, encouraged by local judges (notably HHJ Wildblood QC), but nothing whatever to do with HM Courts Service, the official Judiciary site or the Ministry of Justice. The question you have to ask is why these official bodies have not provided something just as good already. Why is it being left to local practitioners to fill the gap?

UK Criminal Law Blog was set up by Dan Bunting, Sara Williams and Lyndon Harris “after a discussion on Twitter concerning inaccurate reports of criminal cases in the press, the lack of public understanding of the criminal justice system and the number of unlawful sentences handed out by the courts.”

It has recently been relaunched in what looks like a more mobile-friendly layout, but the simplicity of its appearance belies what turns out to be quite a storehouse of information. A series of “Fact sheets” provide basic explanations of things like jury service, the different kinds of criminal court, what is involved in different offences, criminal procedure ranging from what to do in a police station through to criminal appeals and Attorney General’s references, and lots about sentencing. There are also items on less well known topics, such as “What is restorative justice?”

Under “High-profile cases” are handy explanations of cases involving Stuart Hall, Dave Lee Travis, Max Clifford and others whose names inevitably sell newspapers. There is a very good long post on the phone hacking trial of Rebekah Brooks and others, which concluded in June 2014. Even when reading more detailed accounts of the case, such as Peter Jukes’ book, Beyond Contempt I found this post useful as a reference point to remind myself who was who and what they were charged with.

The great hope of the founders of the UK Criminal Law Blog was that the media, as well as the reading public, would come to it for background and fact check. Speaking recently to Lyndon Harris (whose day job is editing the Criminal Appeal Reports (Sentencing)), I got the impression the media had not as yet been quite as avid as the team had hoped in using the site as a resource. It seems you can drag the horse to water – or at any rate gain the water impressively high SEO rankings – but you can’t make it drink.

Building on the success of the UK Human Rights Blog which he helped found in 2010 with two fellow barristers at 1 Crown Office Row chambers, Adam Wagner launched a new website called Rights Info in April 2015. This is not a replacement for the blog, but rather a completely new approach to public education and myth-busting in this controversial area of the law.

The first thing you notice is that the site is intensely, and colourfully, visual. All the information is presented either as infographics, or communicated alongside carefully chosen images in simple bite-sized chunks, designed to be read not by lawyers but by ordinary people, even those with little learning or capacity for learning, yet without any loss of fidelity or, more importantly, accuracy. (Compare this with the somewhat cackhanded attempt by the MoJ at an Easy Read explanation of the criminal justice system, which managed to get the burden of proof the wrong way round.) I particularly liked the “short stories” which paraphrase a complex case in simple linear narrative.

My favourite of the infographics is “14 Worst Human Rights Myths”. This takes a notorious case such as “A man was allowed to stay in the UK because he had a pet cat”, and presents the “myth” alongside “what really happened”. Best of all, there are then links under the myth to the original article, in this case via Politics.co.uk to Theresa May’s infamous 2011 Party Conference speech and then, on the other side, to the “good” report in The Guardian or, best of all, to the original judgment.

You have to wonder why the government does not produce a public educational resource like this. The ECHR in Strasbourg does offer, on its website, some bite-sized information, such as a simplified version of the Convention and it produces good educational material for use in schools. Rights Info would also be perfect for schools, suitable for year 6 and upwards.

When it comes to promoting public understanding of the law, the print and broadcast media do sometimes struggle to make things as clear as they could. But in some areas it seems they don’t really want to understand the complexities of the subject and may even adopt an editorial policy which, for commercial reasons, favours myths over reality and feeds a popular prejudice. The three projects described above may not prove the whole answer to this problem, but the lawyers who developed them have felt they could no longer stand by and do nothing.

In criticising both the Transparency Project and Rights Info, the pseudonymous Judge John Hack on the satirical website Legal Cheek suggested that they were simply “vanity projects” whose only real audience would be other lawyers and that they dismally failed to fill the hole left by vanishing legal aid. That seemed an unduly cynical response, and one that missed the point.

These sites are not giving advice so much as providing an educational resource and a forum for rational debate. The fact that ordinary members of the public comment on their blog posts gives the lie to the notion that only other lawyers read them. Lots of non-lawyers will be attending the Transparency Project’s conference in June.

What would be really great, however, would be if the media would also use them, as a resource, to check their facts and figures and perhaps even get a quote. After all, however much their proprietors and editors may clamour for the myth, or the government seek to spin a line, there is such a thing as balance. Responsible journalism demands it. These sites can make it easier for them to get it.

Paul Magrath is Head of Product Development and Online Content at ICLR, publishers of The Law Reports since 1865. He is also one of the founders of the Transparency Project and writes Weekly Notes, a legal news roundup, on the ICLR blog.