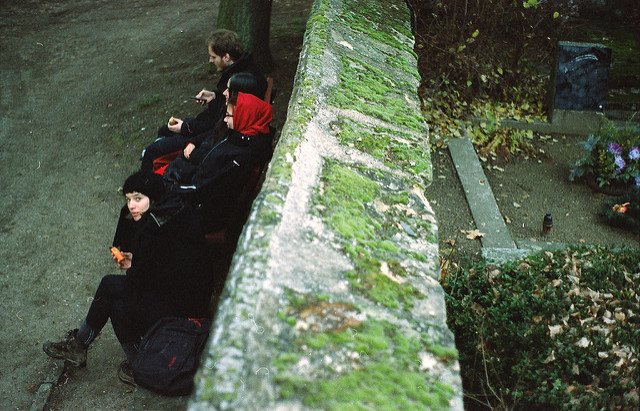 I’ve always liked the word “liminality” – a threshold that marks the boundary between two phases. If nothing else, Brexit presents an opportunity for its appropriate use. The UK’s current state, where we are still in the EU but apparently heading somewhere else, does feel liminal, with its quality (to quote Wikipedia) of ambiguity or disorientation.

You can sense this in the way the Commission’s significant proposals for copyright reform have been greeted in the UK. The Proposal for a Digital Copyright Directive (more on which below) and Regulation on rights clearance for online TV programming, if adopted, will represent significant modifications to European copyright law. But the response in the UK seems muted, reflecting an uncertainty about their applicability to a post Brexit UK, a sense in which they seem both relevant and irrelevant to the UK.

I’m going to stick my neck out: notwithstanding the UK Government’s current “hard Brexit” stance, and whatever the form of the UK’s exit from membership of the European Union and our subsequent relationship with the EU as a third country, EU copyright law will remain central to UK digital business. I believe the same is true of other key EU regulations which apply to the digital market, especially the forthcoming General Data Protection Regulation.

I say that for the following reasons:

Here is a very short summary of some key provisions of the Proposal for the Digital Copyright Directive, from which you will readily see that there are some extremely important developments in EU Copyright law:

So we need to shake off our “liminal blues”, pay active attention to this spate of new regulations and make our voice heard. On that subject, the House of Lords EU Internal Market Sub-Committee has just launched an inquiry into future trade in services between the UK and the EU after Brexit following on from its inquiry into trade in general between the UK and the EU after Brexit. The inquiry will focus specifically on the following sectors: digital and telecommunications; professional business services; aviation; and creative and broadcasting.

The Press Release announcing the inquiry states that the committee is interested in what specific issues Brexit raises for different sectors and what opportunities it provides. It is also interested in what the impact would be on these sectors of trading on World Trade Organisation terms, under the General Agreement on Trade in Service. It will consider whether the UK leaving the EU, but remaining a member of the European Economic Area would mean that present levels of market access will be retained, and whether a negotiated UK-EU Free Trade Agreement is an attractive option. The committee wants to establish what should be the government’s key negotiating objectives for each sector.

The UK creative industries, as a vital part of the service economy, need to make their voice heard. To encourage the growth of this sector, we need an IP-positive legal framework which is not out of sync with the rest of Europe. For instance, if the EU introduces the proposed new press publishers right, we need to ensure that it is incorporated into, and remains part of, UK copyright law. The same should apply to any adjustments to the legal framework within which social media and other platforms operate.

Yes, there may be opportunities from Brexit. For instance, Brexit may offer the opportunity to strike the right balance between territoriality and portability of services. But in a cross-border, multi-platform world, we cannot afford to be isolated by our legal framework.

Laurence Kaye (www.laurencekaye.com) is an IP & Digital Media Consultant. Drawing on his experience working as a leading digital lawyer since the 1980s, he now acts as a consultant to a wide range of digital businesses. He is also a consultant with Shoosmiths LLP. Email laurie@laurencekaye.com. Twitter @laurencekaye.

An earlier version of this article appeared in Computers & Law, October/November 2016.