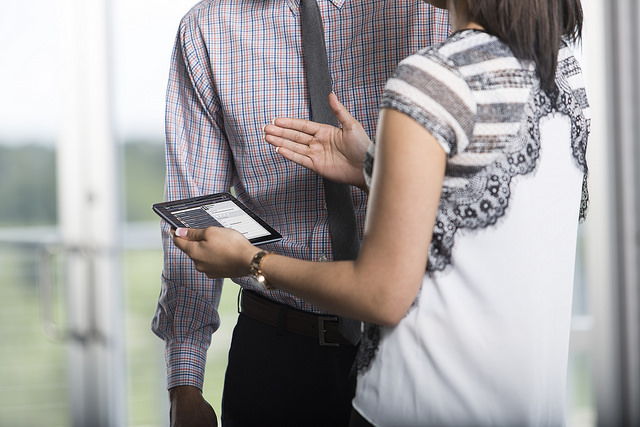 The testing of online courts should not simply be about whether the technology works, said Andrew Langdon QC, chairman of the Bar, at an event on 16 February hosted by the UCL Judicial Institute, “The Case for Online Courts”.

He sensibly pointed out the “human process” of law, and the potential impacts of the transition to digital over face-to-face technologies.

Langdon was one of a number of experts responding to Professor Richard Susskind’s lecture on his vision for online courts, and online civil dispute resolution in particular.

Susskind, IT Adviser to the Lord Chief Justice, recapped his 2015 recommendations for “Online Dispute Resolution for Low Value Civil Claims” which received a positive media and judicial response at the time; the legal profession (as reflected in later responses by Langdon and Robert Bourns, President of the Law Society) had more reservations.

To some extent this is expected, said Susskind; all professions are resistant to change, as he explored in his book – co-authored with his son – on the future of professional expertise. It does not seem to have fazed him: he offered a lively rebuttal to the criticisms he has heard, arguing that his proposals will improve access and the court user experience, rather than diminish it.

He suggested that if the state does not provide, the private sector will, which poses risk to the Rule of Law. In his view, it is vital that the state offers public digital services that offer low cost and efficient dispute resolution.

As well as Langdon and Bourns, the audience heard from Susan Acland-Hood, the new Twitter-active CEO of HMCTS (@CEOofHMCTS), and Sir Ernest Ryder, senior president of Tribunals, with UCL’s Professor Hazel Genn as chair.

Acland-Hood described the culture of reform in HMCTS as one of incremental change with user engagement and testing at every stage. She later suggested that lawyers should be advising, not navigating clients through administrative processes.

The audience was shown screenshots of a new Money Claims service currently in alpha testing stage; and a Divorce application service in beta – complete with adultery or otherwise tick boxes to indicate the reason.

Her emphasis was on the necessity of this change and she used the analogy of modern banking. How many people would now give up online banking and ATMs if they had to choose between those services and face-to-face meetings with the local bank manager? Her point being – presumably – that we can have both: online services for straightforward and simple processes and face-to-face for situations that necessitate it.

Following Acland-Hood’s contribution, Sir Ernest Ryder made clear that the judiciary understood it was not a one-size-fits-all solution. An advocate of online and virtual processes where appropriate, he discussed their benefit (eg allowing participation from overseas) but also limitation when a lack of digital access or skills prohibited participation.

So what was missing from the discussion? Disappointingly, not much detail on access plans and implications for online and virtual courts was provided.

Susskind touched on the open justice concerns prompted by the ODR proposals, and suggested that ODR could in fact increase access and transparency for civil litigation. In his view, an internet-based based court service is likely to be more transparent and visible to larger numbers of people. He is probably right (many civil claims are either abandoned or settled out of court away from public view) but there is more to be discussed. What sort of transparency is required? How should open justice look in contemporary digital society? How much courts data should be available to the public and media and in what formats?

In the discussion that followed the panel’s presentations, Penelope Gibbs of the charity Transform Justice asked the panel about plans for systemised publication of online conviction results (see below). Sir Ernest Ryder indicated that legal implications for data protection and rehabilitation are being considered by the judiciary and legal opinion sought.

In my view, this may answer the “legal process” question, but not the “human process” one (in Langdon’s terms). It is worrying that – to date – the MOJ has not publicly consulted on its open justice plans. It is meeting with stakeholders and its “engagement groups” but it needs to go further than this. These plans will have very real social impact and this needs to be anticipated and considered.

Ryder expressed his desire to maintain and uphold open justice and suggested that much of this data (eg listings) is already available. I would add that some of this data is public, but very chaotic and patchy.

Furthermore, open justice discussions must not be limited to representatives from the media and legal professions. There are a whole range of courts users and observers who have an interest in open justice and whose views need to be heard in order to design fair and effective access systems. These include legal and justice NGOs, academic researchers, civil litigants and their family members, criminal defendants and people with convictions, witnesses and victims. HMCTS must talk to representatives of these affected groups.

The new Prisons and Courts  Bill, published since the event took place, brings the issue under Parliamentary scrutiny. However, plans for providing appropriate access to increased virtual and online proceedings remain unclear.

The Government intends to provide “viewing terminals” for members of the media and public to view “virtual” proceedings conducted by telephone or video-conferencing, under the supervision of courts staff. New offences will be introduced to prohibit recording these proceedings, or recording someone participating from outside the courtroom (see my article on Inforrm’s Blog).

Beyond this, it is not clear what public access to new online dispute resolution for civil cases is planned, nor how the Government intends to manage access to online results and listings for the courts.

The section on online convictions in the “Transforming Our Justice System” consultation in 2016, accompanying Impact Statement and subsequent Government response indicated the Ministry of Justice’s intention to publish listings and results online for a selection of summary only non-imprisonable offences although detail about format and control of this data was not provided.

The new Bill does not appear to make specific provision on this but the explanatory notes state that “measures … will maintain transparency, for example by regularising listings and publishing results online.”

Systematic publication of trivial offence listings and results (failure to produce a ticket for travel on a train, for example) would be a new innovation and needs thinking through. Bizarrely, as Penelope Gibbs has pointed out, if a person pleads guilty and accepts an online conviction, they may face more exposure than if they are convicted in a physical hearing having pleaded not guilty (she says this isn’t a reason for publishing all convictions online).

My fear is that, once again, access to courts data is an afterthought – understood as a practical issue to resolve internally with a few selected stakeholders, rather than one of fundamental importance to the rule of law and respect of human rights that needs open, independent and external scrutiny.

This includes consideration of issues relating to privacy, data protection and rehabilitation of offenders as well as freedom of expression and open justice. Moreover, these discussions and decisions must be publicly accountable.

Plans for future online communication of courts will have a whole range of human impacts and we need robust research and an open policymaking process to help the judiciary and HMCTS devise fair and proportionate systems for public and media access to modern court and tribunal proceedings.

Judith Townend is a lecturer in media and information law at the University of Sussex and a member of the Transparency Project core group. Email Judith.Townend@sussex.ac.uk. Twitter @JTownend.

Her submission to the Ministry of Justice consultation is at http://bit.ly/mojconsultation.

One thought on “Online courts: the human impact”