Recently I encountered a tweet about a “robot lawyer” called LISA and took the bait: “Can someone please explain to me how this differs from document assembly we’ve had for decades? Intelligent? Robot? Lawyer?”

Robot Lawyer LISA is a document assembly tool with a single form (an NDA). For what it is – consumer-facing document assembly – the concept and content are fine relative to what else is available. The claims to be something more – an AI robot lawyer – are absurd. The hyperbole, however, is effective.

As document assembly tools go, Robot Lawyer LISA’s UI and UX are reasonably slick, if slightly buggy. It’s built on Neota Logic, a platform I like. With respect to the content, I outsourced the analysis to the incomparable Mr Contract, Ken Adams:

“I had a look at the fruits of your dalliance with LISA the AI Lawyer. The best I can say is that someone who fraternizes with LISA might well end up with something more suitable than if they had grabbed an NDA at random from the great online junkyard. …

I realize I’m setting the bar low, but we’re dealing with business contracts, where dysfunction is the norm, so you can set the bar low and conceivably still be useful. But don’t expect me to applaud. Given the brave-new-tech-world trappings, I would have expected something a bit more ambitious, in terms of technology and content, from LISA the AI Lawyer.”

Grandiose claims about “robot lawyers” put my BS detector on high alert. “Artificially intelligent”, “robot”, and “lawyer” are vague terms that continue to be stripped of meaning by overuse.

AI is a broad field. I’m comfortable with expert system platforms like Neota Logic being considered a form of AI. I don’t have the chops to argue otherwise. Still, I doubt it conforms to what most people today think of when they hear the term “artificial intelligence.” We constantly move that goal post: “It’s only AI when you don’t know how it works; once it works, it’s just software.“

At a recent conference, I presented with Ryan McClead, a VP at Neota, who recounted many debates about whether his product qualifies as AI. His killer rejoinder (paraphrasing) is that it doesn’t matter if the technology conforms to someone’s subjective definition of AI, what matters is whether it solves a real problem better than what is currently available. Hear, hear!

The reason I had to try Robot Lawyer LISA for myself is because I could not elicit a coherent answer on what made it superior to the available alternatives. Like Ken, I found it, at best, comparable to what has been around for years. If Robot Lawyer LISA is AI, so are all the other consumer-facing dynamic document assembly platforms; which is to say the AI label is not a useful distinguishing factor.

I made a good decision in staying out of the argument about what constitutes AI. Instead, I stupidly plunged into the “robot lawyer” abyss. Robot Lawyer LISA responded that I should refer to the meaning of “robot” in the dictionary and the meaning of “lawyer” in the UK.

She surely knows, the definitions of “robot” are broad. Most people probably think of these: 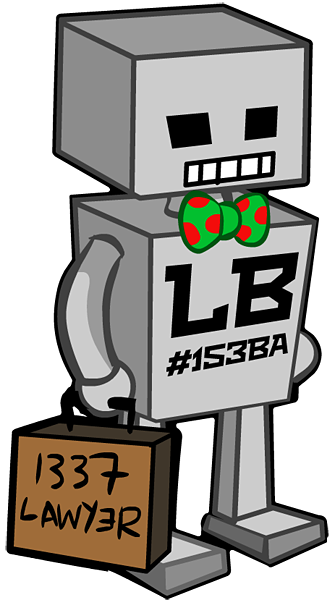 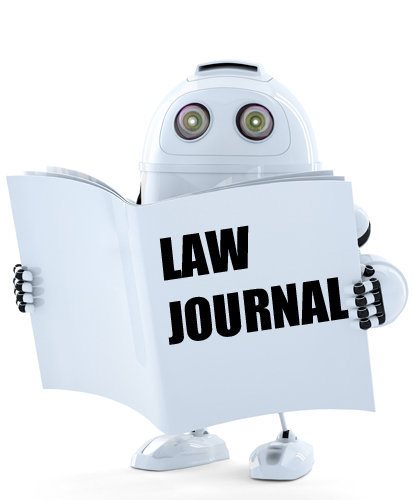 But there are software robots. So I guess, technically, we can take the broadest definition and call any form of software automation a “robot”, just as we can call it all “AI”. This, however, makes AI robot both redundant and virtually meaningless as a descriptor.

As to “lawyer”, best I can tell, Robot Lawyer LISA does not qualify: she is not a member of any profession, not entitled to practise, not licensed, not qualified to give legal advice, and not a person, let alone a person who practises law. Indeed, the site delivers the disclaimers you would expect from an ordinary online document assembly service. Robot Lawyer LISA does not give legal advice. Instead, it counsels lay consumers to take their own legal advice and do their own research before appointing a lawyer.

I am sure Robot Lawyer LISA can point me to a nebulous definition of “lawyer” that encompasses the app, but that will only prove that words have no meaning, and we are all living in the fever dream of a stoned college sophomore who is encountering Wittgenstein for the first time.

Whether there is some tortured, technical sense in which LISA can be called an AI Robot Lawyer is irrelevant (to me). What matters (to me) is that labelling LISA an AI Robot Lawyer does not convey any useful information to the consuming public.

This prompts two questions that share an answer: Why do damage to the English language in order to call LISA an AI Robot Lawyer? and Why do I care?

Because it works. At least in the short term. These days, it would be hard to garner press coverage for launching yet another doc assembly app for basic contracts. You won’t be invited to keynote any conferences for providing lay consumers a single mediocre form to fill out online. But put “AI” or “robot” in the press release, and the near-term coverage will be considerable. So you should probably use both. And it isn’t just chumps like me who read everything. It is the headline skimmers in positions of power.
I run into too many legal operations folks in corporations and firms suffering from hype fatigue. They never bought into the hype themselves. But their superiors see so many articles about AI and robot lawyers that orders come down from on high to investigate this promising new frontier. The superiors are expecting robot magic. The operations folks come back with a smattering of point solutions, most of which are useful, but none of which live up to the hype. This exercise in chasing shiny objects wastes everyone’s time, including the providers, who actually have worthwhile, if narrow, products to offer.

Likewise, I’ve endured too many god awful keynotes where people run through some back issues of Wired and then conclude with “and it’s coming to law”, as in:

Despite my deep annoyance at Robot Lawyer LISA and my even deeper disappointment in myself for taking the bait, this is where I have to give the usual caveat that it is not all fluff. Document assembly and automation are still, decades later, underutilized in the legal space. Consumer-facing forms fill a genuine void. Neota Logic is a great platform that underpins all sorts of interesting offerings. There are other solid companies out there using various forms of AI to introduce needed tools to the legal market. And some of the best keynotes I’ve ever had the pleasure of attending have AI as a core theme.

There is real innovation happening in legal that is well worth paying attention to. But this ain’t it. This just adds to the deafening cacophony of hype-driven noise. Yet I can’t blame the folks running Robot Lawyer LISA. Start-ups are hard. The legal market is an especially tough nut to crack. They found a way to get noticed. That their marketing annoys a curmudgeon like me is, for them, probably just an added bonus. Ultimately, I have to score this round for Robot Lawyer LISA because I just wrote a long post about a vanilla doc assembly offering with only one form.

D Casey Flaherty is a legal operations consultant and the founder of legal technology company Procertas. He is Of Counsel and Director of Client Value at Haight Brown & Bonesteel, California.

This is an abridged version of an article published on 3 Geeks and a Law Blog.