Home » Access to justice » A justice system fit for the future

A justice system fit for the future 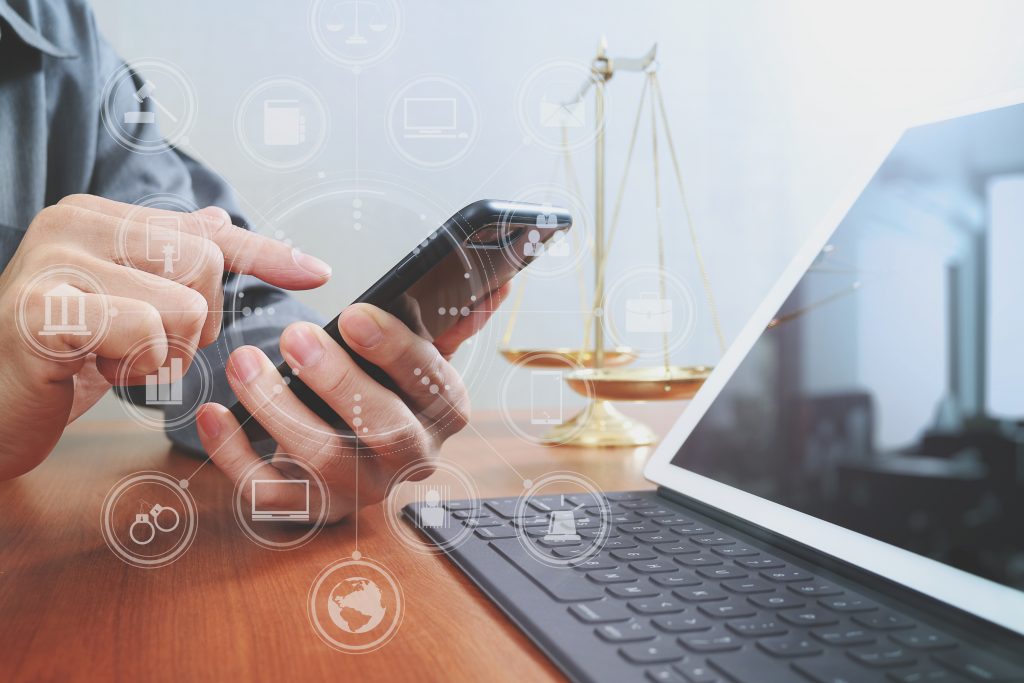 The ambitious courts modernisation programme known as HMCTS Reform continues to grapple with the process of creating a justice system that not only is suitable for the digital world of today but also won’t look out of place in fifty years’ time. How is it getting on?

The headline-grabbing feature of the project is the Online Court, which I have written about here before (see Online Courts and Cyber Judges). This is the bit that sounds modern and different; conducting litigation online, in the same way as you shop on Amazon and book your hols on Expedia, just sounds so pain-free and convenient that you almost imagine people suing each other for the sheer fun of it. “Clickigation” may well make the process of dispute resolution cheaper, and take away much of the daunting “anxiety of confrontation”, but perhaps it may also reduce people’s understanding and appreciation of the law?

Concerns remain, in particular, in relation to the criminal aspects of online proceedings. If it’s so easy to plead guilty to one of the low-level offences, such as fare-dodging or fishing licence-evasion, that are being trialled in the current pilot scheme, might that not reduce people’s respect for the majesty of the criminal law?

In parallel with the development of the online courts has been a programme of modernisation of the physical courts. A large number of older courts have been sold off for development, partly to rationalise the courts estate, and partly to help pay for improvements elsewhere. Court sittings are being held in a smaller number of centres, in some of which flexible operating hours (FOH) are being trialled.

It would be unrealistic to suggest that these developments have been popular with the legal professions. Complaints are rife about unexpected listing changes, about defendants not being brought to court because of poor liaison with police and prisons, and about video links (designed to alleviate the physical transport issue) frequently not working. These well-documented problems can damage the ability of the courts to deliver justice fairly.

There has been widespread opposition to the FOH pilot, from a variety of potential participants (particularly those with young children), as summarised in a recent blog from the Law Society. These concerns have not been assuaged by a letter from the Judge in Charge of Reform, Sir Adrian Fulford. But it’s hard to see what else he can do; without the pilot, any impact assessment will be largely speculative.

Sir Adrian is not the only person to have engaged with the critics. Many of the lawyers and commentators on Twitter have been impressed by the willingness of Susan Ackland-Hood, the CEO of HMCTS and the person ultimately answerable for the Reform programme, to respond to their tweets.

Less controversial, perhaps, are the improvements in filing cases and evidence, which obviate the need to move around vast quantities of paperwork. In this regard, some courts are more ahead that others. Complaints about “lost” evidence files from the CPS are common among criminal practitioners, perhaps less so among the commercial and chancery practitioners in the Business and Property Courts who benefit from the state of the art electronic filing and case management system known as CE File.

The family courts are now catching up and, just as we were going to press, Sir James Munby, President of the Family Division, and Kevin Sadler, Courts and Tribunals Development Director at HMCTS, launched a joint paper on E-working in the family jurisdiction and our plans for reform . This prepares practitioners and court staff for the prospect of a pilot in early 2018, which will involve e-filing, e-bundling and in-court digital presentation.

Among the other projects which the Reform programme has now embraced are the listing of cases (both in terms of scheduling hearings, and in terms of their announcement) and the publication of results, including both orders and judgments.

At present, listings are managed and published in a variety of ways. Some courts are already listing cases online, while others only provide this information from within the court or over the phone. It might be thought desirable to rationalise the practice across all jurisdictions and make it consistent, while preserving certain exceptions to protect vulnerable parties, such as children. HMCTS also recognise the need to prevent wholesale download or collection of listings information, which could be misused. (There is a risk, for example, of blacklists being compiled naming people who may at one time have appeared in court.)

There is greater justification for wider or more permanent publication of the results of cases, where findings of guilt or liability, determinations of rights or awards of damages have been made. Again, the current practice varies among different courts and jurisdictions, and might be thought ripe for harmonisation. Interestingly, one of the proposals of the recent Lammy Review into the treatment of BAME individuals in the criminal justice system was for all sentencing remarks in the Crown Court to be published to make justice more transparent (recommendation 13).

When it comes to judgments, the situation seems to be even more anomalous. In a common law system where senior judges can make new law, you might expect their judgments to be freely available in the public domain, as a primary source, in the same way as legislation.

The Supreme Court is exemplary in this respect, publishing all its judgments and streaming case hearings via its own website. But in the High Court, and even in the Court of Appeal, the situation is far from standardised. While many judgments handed down in written form are quickly sent to BAILII or, in cases of media interest, the Judiciary website, usually by the judges’ clerks, many are not. In such cases, and in any case where an oral judgment is given and must be transcribed, the availability of a judgment depends entirely on whether someone (either a litigant or a legal publisher) decides to purchase a copy from one of a panel of official court transcribers.

The scope for rationalisation is clear. The problem is that for too long HMCTS has regarded the provision of transcripts as a monetisable service for litigant “customers”, rather than an official product of the administration of justice. I therefore welcome the fact that HMCTS has been reconsidering the whole question of transcripts in a more holistic way.

Open justice and the rule of law

Last time I wrote about the Online Court, one of my concerns was about the provision of a virtual press bench and public gallery. These days the public rarely attend court hearings, but the fact that they can do so is a core feature of open justice. The number of press reporters attending courts outside the big cities has also fallen dramatically in recent years. (Recently, the Press Gazette reported how the press room at Westminster Magistrates’ Court had been closed because it was “little used”.)

The proposal to provide press and public access to the online court (and perhaps to some of the virtual aspects of physical court cases) by way of viewing booths located in physical court spaces seemed, when first announced, something of an afterthought. It was not the subject of earlier public consultation on the project, but it is now one of the matters on which HMCTS is consulting one of a range of “stakeholders”, including the media, legal professions and justice-related charities. The principal concerns that have been raised are to prevent anyone recording and broadcasting such hearings, or otherwise acting in contempt of court. The suggestion made is that there should be court ushers present to prevent such abuse, or CCTV supervision of the rooms where the viewing booths are located.

The closure of physical courts, and the perception that justice is not only being done “behind closed doors” but also via secret, unscrutinised digital channels, risks increasing public ignorance and distrust of the law and judicial processes. In the wake of savage legal aid cuts, leaving more and more people unable to obtain specialist legal advice, the need for public legal education has never been greater.

The HMCTS Reform programme offers an opportunity to provide better public access to the administration of justice using digital technology, than was available when a visitor had to attend a court building in person to view that court in action. It ought to be possible to follow virtual proceedings anywhere, not just by visiting a viewing booth; but if viewing terminals are to be provided, why could those terminals not also provide access to a suitably curated selection of legal information and sources of online advice? If special rooms are to be provided to house these viewing booths, why not also provide room for a Citizens Advice Bureau or Law Centre? This could be a cost-effective way of helping restore access to justice while also providing the means to restore understanding of, and respect for, the rule of law.

Paul Magrath is Head of Product Development and Online Content at ICLR and a member of the Transparency Project core group.  Email paul.magrath@iclr.co.uk Twitter @maggotlaw.