Technology and access to justice: the end of the beginning? 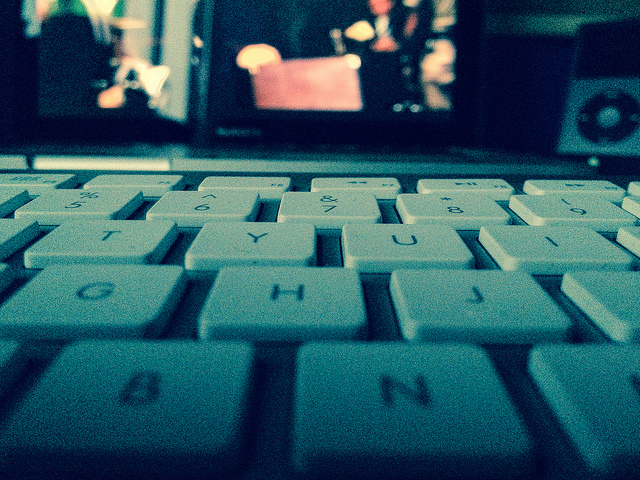 Co-operative Legal Services (CLS) looked set fair little more than five years ago to become a world leader in the commercial provision of access to justice for low income clients.

In 2011, its then newly appointed director, Christina Blacklaws, announced: “we … want to push the boundaries in delivering advice in other ways for people who would rather access legal services in different ways.”

How did it all go wrong and should we temper expectations of the potential role of technology in low income practice more widely? The answer to this crucial question may well be dependent in England and Wales on the digitalisation of the courts.

Has the bubble burst?

The decline of CLS has to be seen in the context of the failure of the Dutch Rechtwijzer. The two were very much the poster children of what looked like an exciting new movement – with CLS from the world of business (albeit mitigated by the Co-op’s social values) and the Rechtwijzer from the world of the not for profits. The relative eclipse of both at pretty much the same time must enhance the concern that maybe technology was over-rated in what it could do. Well, what do we think? Was technology a bubble that burst, at least in this sector of the legal market?

There has been noticeably little comment along the lines of “we told you so” from traditional providers. That could, of course, be because legal aid practitioners have been hammered by vicious cuts to scope, eligibility and remuneration. Both CLS and the Rechtwijzer initially focused on family law. It is pretty clear that the result of the legal aid cuts is that women, in particular, are having to proceed as litigants in person without legal representation of any kind. Technology-assisted delivery to low income clients no longer threatens or interests providers very much: they have vacated that area of the market.

Fear of the future

But there are perhaps wider issues as well. As a countervailing influence, a number of legal professional bodies around the world, alongside the Law Society of England and Wales, have published reports that recognise the major impact that technology will, in fact, have on the practice of law. These clearly reflect the understandings and concerns of their members. The American Bar Association has established a Centre to study innovation. The fruits of technological innovation in the field of law are almost daily news items in the coverage of the specialist legal press of commercial practice, particularly in large corporate firms. The growing impact on the economy of technology is being more and more discussed and recognised. This includes both the positive potential and the darker side of the privatisation of personal data, the assault on regulation and tax liability and the potential of significant job losses. You no longer get – as you did five years ago – low income practitioners naysaying the impact of technology on their work. The whole atmosphere has changed. There is, frankly, much more fear of the future.

The bifurcation of the legal profession

There are coherent reasons why technology will impact more on large corporate firms than among what used to be legal aid firms. For a start, these enormous businesses are more likely to have the data with which to populate sophisticated AI programmes. Small outfits may well not. Large firms have the money for investment and a clientele that will increasingly expect AI-assisted provision to reduce costs. Above all, they have access to capital to fund serious investment both to revolutionise their business management and areas of their legal work such as research and document review.

In addition, much of their work in these categories is not that different from that of comparable firms in other jurisdictions – which adds to the commercial viability of tech start-ups that can service similar needs within what is effectively a global market.

One scenario is, therefore, that technology adds a further element of bifurcation in a legal profession where internationally oriented commercial work is already delivered in a very different way from low income private client cases. Life in a law centre or low income practice is already very different – almost unrecognisable – from that in one of the large City firms. Technology will just add to that difference. Family, housing, employment, immigration, asylum work will – to the extent that services have not been killed off by legal aid cuts – continue to be done by hard pressed, underpaid lawyers and paralegals still toting unruly piles of books, papers and notepads while everyone else has gone digital and is brandishing iPads. To some extent, this is probably what will actually happen.

However, there are a number of reasons to think that the future will not be quite so stark.

First, foundations and funders, like the Legal Education Foundation, are putting money into what could be ground-breaking new projects. The Rechtwijzer is dead, but long live its continuing inspiration. Its promotion changed the perception of what could be done around the world – a tribute to the team behind it at the Dutch Legal Aid Board and what is now known as The Hague Institute for Innovation of Law. The notion of interactive delivery of legal assistance initially through guided pathways – and potentially some form of AI  – is so evidently sensible that it is unsurprising that providers are springing up to continue testing its possibilities.

Second, there is likely to be a “trickle down” effect from the corporate world – particularly in the field of business management. Commercial practice management software – like the Canadian firm Clio – is beginning to incorporate forms in its processes where clients can input their own data. That would elide very easily into the sort of initial information and triage that, on the one hand, is the goal of the US Legal Services Corporation and, on the other, was the aim of the Siaro product developed by Alan Larkin at Brighton firm Family Law Partners – even though this now appears to be defunct.

The big factor in England and Wales, however, is likely to be the digitalisation of courts and tribunals. The reform programme will affect criminal procedure: “Instead of going to court, people accused of less serious offences … will be able to log on to an online system to see the evidence against them before entering a plea”; civil proceedings:  “We will be setting up a new online system in which anyone – regardless of their legal expertise – can progress a civil money claim. Initially users will be provided with guidance on how to resolve the dispute themselves. If this doesn’t work, trained mediators will be available to help users reach a conclusion”; and tribunals.

Thus, the work of many for profit practitioners and not for profit providers will end up in online processes. Since the end result will be an online transaction, there is bound to be a dynamic encouraging help at an earlier stage to be online as well. National providers of help, like the Citizens Advice Service, and local ones such as local law and advice centres will have to consider whether they can respond by themselves providing online services from the beginning. That would be accentuated if government finally decided that it had to do something to mitigate the most catastrophic effects of the legal aid cuts by  funding some form of online assistance – if not full the return of full legal aid as it was.

In this context, the relative failures of the CLS and the Rechtwijzer should probably best be seen as the casualties to be expected from early adopters of innovation. They are setbacks in the use of technology but they are most likely to be seen in retrospect as the end of a beginning phase in the deployment of technology which ran from around 2011 to 2017. There may well be a pause while the lessons are digested both by providers and prospective funders but the onward march of technology in our societies is well established. Something may well come out of the projects currently being funded and developed. But, in England and Wales at least, the decisive move to putting courts and tribunals online is likely to be the major drive of the next phase of development.

In addition, the fate of CLS may herald a more realistic age in which digital services are put together in more sophisticated packages than simply presented to an underwhelmed public as a menu of options. A final lesson from CLS’s decline may be that services need to be very specifically tailored and supported – that could apply as much to courts and tribunals as law firms.

Roger Smith is a solicitor with a background in legal services and human rights who is responsible for the website law-tech-a2j.org which is funded by the Legal Education Foundation on technology and access to justice. Email rogerjgsmith@gmail.com. Twitter @lawtech_a2j.