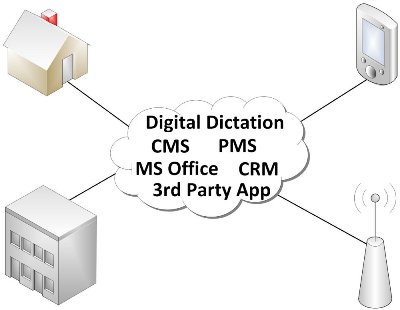 This is a follow up to our article in the last issue where we reviewed which legal practices are using hosted practice management and other hosted applications.

Over the past 2 years, we have generally advised all clients reviewing their IT that they should at least explore the option of using some form of hosted IT. Some have decided to make the move to hosted; others decided against.

This article provides direct candid feedback about the experience – warts and all – from some of the users in law firms (from 6 to 150 users) who chose to make the move. How it has gone, whether they recommend it, what they would do differently and plans for the future.

In their own words

These summaries of conversations with senior people in each legal practice are a fair reflection of all our discussions. They paint a consistent picture of their experience overall. We have allowed the users to remain anonymous, which increases the candour of their comments!

In essence, most say that there were inevitable issues that it took time to address; also that there is a tendency not to prepare quite enough, both on the part of the legal practice and the supplier. However, for all the business benefits have been justified in spite of the challenges they have had to deal with.

“I didn’t want to spend a lot of capital up front … there were some teething problems, but there would be whatever changes you make on IT ”¦ one loss of connection in 8 months that stopped us working for ¾ of a day but worth it for the other benefits ”¦ access for the accountant cuts their costs to us ”¦ more flexibility in how we develop the business ”¦ easy to grow a virtual office”¦ more remote working ”¦ 24 hour support ”¦ disaster recovery ”¦ no doubt we will stay hosted, although we may want to get more dedicated support as we grow, which will cost more but make good sense ”¦ convinced me to look at other outsourcing options to enable us to focus on doing the work and developing the business ”¦ yes it was the right decision for us.”
c. 8 people practice, moved to hosted 1½ years ago

“Staff were pulling their hair out ”¦ printing was a problem for 2 weeks ”¦ digital dictation was a challenge but has been resolved as things have moved on ”¦ if we did it again, I would insist on more pre-planning on implementation but [the supplier] does that now anyway ”¦ we would have communicated more to our people about what we were doing ”¦ we now use everything hosted and wouldn’t do anything else ”¦ just added CRM ”¦ now we know exactly how much IT will cost ”¦ we can control costs at £x per person ”¦ we don’t have to take on and manage IT people ”¦ link performance of the business to costs ”¦ just renewed our contract ”¦ yes it was the right decision for us.”
c. 150 people practice, moved to hosted 2½ years ago

“It was the right decision ”¦ there were problems at the beginning though these have been resolved ”¦ fee earners don’t have the downtime we had before ”¦ not sure about the cost, but there is more competition now, so we will look at that on renewal ”¦ it has enabled us to focus on training our people to use the system ”¦ we may still look at other suppliers though on renewal ”¦ yes, we would recommend it.”
c. 150 people practice, moved to hosted 2 years ago

“[Moving to hosted was] like flicking a switch ”¦ went well … we should have briefed the staff to help them better understand the concept of how it works ”¦ I can’t explain how important the disaster recovery solution it gave us is to the business now ”¦ we are not using VoIP as there are still some issues on quality when being used by over 10 users, so we use other solutions and I am sure this will be resolved in the future ”¦ yes, we would recommend it.”
c. 40 people practice, moved to hosted 3½ years ago

All the practices we interviewed were happy with the decisions they made and satisfied that they have got it right for their business, but that doesn’t mean they all found it easy.

Experienced suppliers now appear to have adopted better routines to manage the move and have learned to anticipate the pitfalls – making it easier for the firms that follow in the footsteps of the pioneers. These early adopters have however benefited from making their move early; so they are now better prepared to extend their use of their systems faster in the future, having already gone through an important pain barrier.

On the other hand, the firms who decided in the end not to go for a hosted IT solution are all equally satisfied that – having explored the options – they made the right decision for their practice for now, although most would be willing to revisit this on their next major review, when solutions have developed further again.

Bill Kirby and Allan Carton are both directors of Inpractice UK Limited and MSC.

For more information or an informal discussion, call 0161 929 8355 or email solutions@inpractice.co.uk.