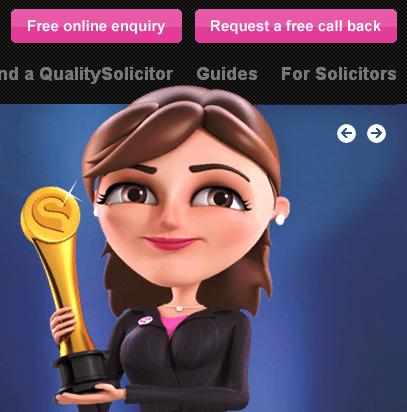 There can be very few solicitors unaware of the arrival of the QualitySolicitors brand on the legal landscape. With strong colours, launch parties, and snazzy advertising, they have made an immediate impact on the High Street.

A change of plan

Last year I wrote an article about QualitySolicitors (QS) as part of a series on referral organisations, which at that stage is essentially what they were. Why the change? It is all down to the Legal Services Act, and the effect it will have on the market, says Craig Holt, the dynamic CEO and driving force behind the QS brand. He explains:

“When the LSA comes into effect ”˜find a solicitor’ type services will become extinct. They only operate successfully now because of how fragmented the legal market is. When people need a lawyer there is no brand name they immediately think of. So they have no choice other than to ask a friend, browse the Yellow Pages or go online and type in “solicitors Liverpool” etc.

The LSA will change all this. The biggest impact will be the entry – in a wide variety of forms and demographics – of brands in the legal market. We took a decision to ensure that alongside Tesco, Virgin and Co-op, QualitySolicitors would be one of those brands. In fact, our aim is for it to be the legal brand.”

So the decision was taken to alter the model of QS.

It has been and continues to be a huge undertaking. The first fifteen “founder members” launched in May. How was it for the firms?

“It was a massive undertaking for us. A full rebrand of our offices, website, stationery. Every facet of the business had to change. It was all done in around two months as we signed on the dotted line to become Founder Partners only in March.”

The QS firm in Wigan is Stephensons. They have a number of offices but only the Wigan office was re-branded. Partner Tom Bridge:

“Change of signage, internal branding, new uniforms for staff etc. As we deal with so many different work types we had to ensure that the staff in that office could deal with any type of enquiry across the board. A lot of training was required and a lot of input from the various work types.”

The QS firm in Hull is Lockings. Partner Richard Swaine is enthusiastic:

“Being part of the QualitySolicitors brand has very significantly raised our profile locally both amongst fellow professionals from other law firms and disciplines and with our existing and prospective client base. It has also given our staff a real boost and a feeling of belonging to something big, new and exciting.”

“It has not impacted massively in terms of the fees generated so far but the major benefit is that it has provided us with a lot of free publicity, it has created a lot of interest locally and has provided an opportunity to potentially work with a firm in London on a new QS retail unit in a shopping centre .”

While Warren Robertson is reserving judgment:

“It has not been a cheap undertaking! As to whether we have recouped our costs, we will not know for some time. The television advertising is due to start in September and the key time for being able to gauge the success of it will be in six months to a year’s time”.

Not all QS firms

Not all the initial QS member firms will go forward to become branded QS firms. Some have decided not to take this route, others have been dropped as the QS model only allows one QS firm per town or city. I spoke to Brian Inkster of Scottish firm Inksters, not one of the new branded firms. What is his firm’s position?

Craig Holt: “We are due to launch 35 new QualitySolicitors ”˜branches’ next month and will have 100 nationwide before the end of the year. We have received enquiries about becoming a branded firm from over 1,000 law firms. Our aim for this time next year is for approx 250-300 ”˜branches’ providing total UK coverage. We have had applications now from firms in most towns and cities however we have yet to reach decisions in most areas and therefore are happy to still receive applications.”

As Warren Robertson points out, the LSA will change everything: “Being good lawyers will no longer be enough, as we will be competing with the most successful companies in the country, with bottomless pits of money, colossal marketing machines, massive retail presence, potential client databases well into the millions and at least some with an utterly ruthless approach.”

But Tom Bridge has faith that the QS model will establish “a national presence in advance of the implementation of the legal service act reforms. Being part of it provides us with a vehicle to potentially compete with new entrants to the market”.

What is Craig Holt’s advice then for the rest of us? “Do something and do it now. Complacency is not an option.” You have been warned!

Tessa is a solicitor and runs the online legal information service Landlord-Law. She also writes a blog about solicitors on the internet at solicitorsonlineblog.com.

The full interviews (with a great deal more material of interest) can be seen on Tessa’s Solicitors Online Blog at solicitorsonlineblog.com.

QualitySolicitors’ websites – a note from Delia

I asked Craig Holt a number of questions relating to the web sites of the new QualitySolicitors firms:

Delia: I see that all the URLs are changing eg to www.qualitysolicitors.com/howlettclarke. Does this mean that firms are encouraged to close their previous site? (Some of the firms seem to have already done this – others have their “old” site as well).

Craig: QS firms are provided with a site as part of becoming a branded firm. The site is owned by the firm who have full access to it and control over it but it is in a uniform style and hosted as part of the main QualitySolicitors site – as you would expect with any major national brand. The remaining “old” sites are in the process of redirecting to the new QS sites.

Delia: Clearly, the new websites are all similar. Who is doing this work?

Craig: These new sites are provided by QS as part of the rebranding package.

Craig: Yes – all firms trade exclusively under the “QS” banner – save for Stephensons and Morrish who have branded only part of their firm and therefore trade under both names.

Delia: Some firms will have had very complex websites with lots of information available – will these parts of the sites be recreated in the new websites?

Craig: As a general perspective, yes – firms can include as much of their former material as they wish – although we work with them to ensure it is in keeping with the approach of the brand. We encourage firms to add content to their individual sites as regularly as possible.

Here is a list of some of the firms who have gone public so far: