Home » BAILII and other LIIs » Ten years of BAILII 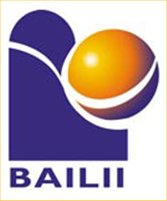 BAILII (the British and Irish Legal Information Institute) is a non-profit making charitable trust which provides a growing amount of primary and secondary legal material which can be browsed by the user and/or located by using the BAILII search engine. The service is a major tool for legal research and its development is of substantial importance to the practice and teaching of law.

BAILII relies on charitable funding to maintain the service and to enable us to enhance and extend our services to the academic community, legal profession and general public. The BAILII Trustees are a mixture of senior members of the judiciary, legal academics, and experienced legal practitioners.

2001 BAILII established its London base

In November 2010 BAILII’s Tenth Anniversary passed quietly by, although on the 22nd of that month a BAILII presentation was hosted by Inner Temple and attended by staff and members of chambers and law firms. I feel we are reaching that point in time when the pre-BAILII era is beginning to be “in the day” remembrances of the old hands down at the Swash and Guzzle. At least that’s how I explain the diminishing returns from our various fund raising efforts.

The presentation in Inner Temple marked the start of an appeal to BAILII’s users for funding to enable BAILII to continue on a medium to long term basis. Details of this appeal are on BAILII’s Appeal for Funding page.

It is strange that, as both BAILII’s usage statistics and the number of judgments/decisions we publish daily continue to increase, we should have problems with funding. To those increases one must add the number of older (pre-1996) documents we are slowly adding on BAILII: House of Lords 526, Privy Council 8320, CA Civ 467, CA Crim 69, High Court 137, EAT 2528, ECtHR 791, ECJ 4932.

You will note the large number of older Privy Council judgments, this being the result of the Privy Council Project. When the Privy Council moved to its new quarters in the Supreme Court they gave BAILII all of the printed judgments of the Privy Council which we added to the existing Privy Council database. All of those available in print format (9187 almost half of which are unreported and not available elsewhere) have been converted to pdf and made full text searchable. By way of example if you do an Exact Phrase search on: Kokofu Stool I’m afraid you’ll find it. Of course for those interested in history this database is chock full of interesting judgments – here are a couple:

Henrietta Muir Edwards and others v The Attorney General of Canada [1929] UKPC 86 – whether women eligible to become members of the Senate of Canada.

Florence A. Deeks v HG Wells and others (Ontario) [1932] UKPC 66 – HG Wells said to have used the manuscript of the plaintiff improperly as the foundation of his book The Outline of History.

We have it in mind to launch a project to get more of the older House of Lords decisions and perhaps yet another project to publish the pleadings and other materials for some of the significant, often cited, Privy Council judgments.

BAILII has recently had it accolades sung in the Blogosphere:

Since its launch just over a decade ago, BAILII’s database has grown to include over 280,000 searchable documents, a 29 gigabyte database (for the non-techies: that is huge), 32,275 individual users per week and close to a million weekly page requests. It is not an understatement to say that practically every lawyer in the UK uses the service at some point during their working week.

The online legislation website run by the government is only occasionally updated, so the only way of reliably knowing what law is currently enacted is by way of expensive (thousands of pounds per year) services such as Westlaw and LexisNexis. This is a poor state of affairs. Thanks to the heroic efforts of BAILII, the same cannot be said about case law but there is still much that could be done in this regard.

Thanks to the sterling work of the Institute for Advanced Legal Studies at the University of London, all case law from the Court of Appeal and most from divisions of the High Court are available from Bailii.org.uk. The website looks rather unassuming, but it’s revolutionary in terms of opening up justice; and in my view it’s a great shame that the courts themselves haven’t taken the initiative on doing this.

Re the last quote I can only imagine how much the equivalent of BAILII done by the government would cost the taxpayer!

Linking to BAILII documents raises an important point: not only is BAILII being linked to by many blogs etc but BAILII has become the backbone for many popular commercial publications also. There are many more of these than I care to count but chief ones I know of are in the areas of commercial law, employment law, criminal law, human rights law and media law. BAILII tries to insure that all of these “refers” offer some form of free access to the general public along with their subscription side. We do try to assist those that would link to us for any reason and have a help page

As an example recently we’ve assisted Laurie West-Knights QC with his blog where he is making “notes on cases and other things of interest to me as a commercial practitioner, as a civil and criminal Recorder and generally” to this end, starting from July 2010, he has been making brief notes on all judgments BAILII publishes from key courts.

Note. As mentioned above, BAILII is currently engaged in a fund-raising appeal to its users in order to enable BAILII to continue on a medium to long term basis. Internet Newsletter for Lawyers has always supported BAILII and encourages its readers to contribute to BAILII’s funding. Regular donations (even small ones) from firms, chambers and publishers are particularly welcome. For details see BAILII’s Appeal for Funding page.