Home » Cloud computing » Taking your firm into the cloud

Taking your firm into the cloud 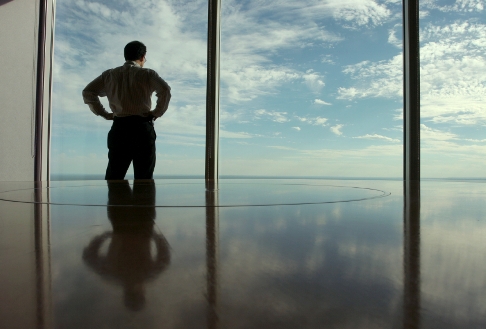 In August my firm, Inksters, moved all of our IT systems into the cloud. This includes our email, word processing, client record management, case management and all cashroom functions. We have done so via Denovo Business Intelligence using their Intelligent Cloud Software as a Service (SaaS) solution.

This article is a look at my initial thoughts on cloud computing for law firms now that I am experiencing it first hand. It is based on a blog post I did for The Time Blawg and incorporates some of the comments made by others to that post. There are also one or two other matters that I have subsequently thought about that I can now raise here. Also we have just experienced a major cloud problem and I will elaborate on that.

I had always thought that the fuss around cloud computing was a bit hyped. In my mind it really just meant that your server was no longer located in your own office but located elsewhere in a secure data centre with access to it being taken over the internet rather than fixed wires within your own office. However that ‘cloud’ could in effect be within your own office and often already was. With a correct set up you could have external access to your data via a Virtual Private Network (VPN). Indeed that is what I have been used to for the past 12 years. Whilst at home or in Shetland or elsewhere I could connect into my office in Glasgow via the internet and access my office Desktop PC and all data thereon and the data within the office server just as if I was sitting in my office. So I (no doubt along with many other lawyers) was perhaps already benefitting from cloud computing albeit that the cloud in question was within rather than outwith my office.

So what difference does having the external rather than internal cloud make? Here are my initial thoughts on the pros and cons.

When outwith the office the connectivity to the cloud is much better and more reliant than the old VPN. On occasion the VPN connection would break with me having to go through the reconnection process. This does not happen with the cloud. Furthermore, the cloud connection is much faster and better able to handle large files. On one occasion whilst I was away from the office someone (probably thinking they were doing a good deed) switched my PC off. This meant that I could not access my VPN. That will not be a problem with the cloud and indeed now we can safely switch off all PCs in the office before shutting the door for the night.

The cloud gives me and my staff at Inksters the latest version of Microsoft Office and when it is updated so will we be. Whilst a law office can always update the software on their hardware to the latest version they will inevitably continue with the existing version until they really have to upgrade. The result will often perhaps be various different versions of Microsoft running on different machines within a law office.

The cloud is actually faster and, so far, more reliable than our old system. This might be because our old server was on its last legs (it was reaching full capacity) and the PCs running off it were a good few years old. At the same time as moving to the cloud we upgraded all our hardware to brand new PCs and, of course, no longer need a server. Had we done this and installed a new server (rather than moving to the cloud) we may well have seen the same result. We from time to time had problems with PCs crashing and issues with some not printing as they should. These problems have vanished.

We no longer have to make manual backups each night and take those backups off site. The system does all that for us in the cloud.

Some lawyers may debate this point but I reckon the data is probably more secure in the cloud than in my office. I think it would be easier for someone to break into my office and carry away the server than do the same in the secure data centre. If someone was determined to hack into the server via the internet they could still do so with it sitting in my office (given that we had a VPN) as well, if not easier, as they could with it sitting in a data centre.

The cloud makes it a bit easier to allow staff access than a VPN does and will make adding in extra users a breeze even if those users are located outwith our Glasgow office. Indeed the fact that Inksters recently opened an office in Inverness helped drive the move to the cloud.

For some reason AOL did not like email from inksters.com and would not let it through. Thus we were able to receive but not send email to anyone with an AOL account. Our move to the cloud includes using outlook via Office365 and suddenly we can communicate in both directions with AOL. I am told that this is because the Office365 system now details to other emailing systems what’s called an SPF (Sender Policy Framework) Record proving you are emailing from where you say you are emailing, and is used as an anti-spoofing/anti-spam checker. AOL’s systems were probably not happy with either a missing or mismatched SPF, and are now.

We rely so heavily on the internet these days for so many things (eg email, banking, Land Register, Stamp Duty Land Tax, social media, blogs, web content, digital dictation) that if the internet connection went down we would be virtually powerless anyway. With the cloud, if that was a local internet problem affecting our office, we could decamp to a local internet cafÃ© or return home and still have access to our data via the cloud.

One day recently we discovered that we had, on the face of it, lost all work created from 11.30am the previous day. It transpired that a systems engineer had unfortunately corrupted the volume and promoted a replica of this volume on the backup group but unfortunately this replica was also corrupt. It took most of the day for the issues to be resolved and the missing documents located (they were saved somewhere in that data centre) and restored to our cloud server. I am assured that management at the data centre are actively considering plans, procedures, error and incident reporting and disaster recovery procedural changes to prevent this from happening again.

One thing I have discovered that I cannot do using the “new” cloud that I could do with my old VPN is print within the office from outwith it. Because the VPN was part of the network within my office, if I was working remotely I could choose to print things off on the office printer. When you are on the cloud you are not connected into your own office so don’t have the option of printing there. You can, of course, still print locally to a printer wherever you are working from. I am advised, however, that a VPN link can be created between our office printer and the cloud which would allow this functionality if you really wanted/needed it.

These were identified by Jon Bloor in his blog post “Get off my cloud” on iPad Lawyer. However as Laurie Antis has commented on The Time Blawg, these can readily be overcome by using a specialist legal provider as indeed we have done at Inksters.

Trust in the vendor

As Laurie also points out, if you commit to the cloud, you are putting everything in the hands of a vendor and lose everything if they fail (for any reason) in a market that has little track record to say who is reliable and who is not. Is there a plan B if the vendor fails, and if so, what is it? The theoretical ideal for Laurie on this would be some sort of self-hosted cloud using open source software. The firm would be in control but could use something like Amazon’s cloud service to store the data (with a local backup). Using open source materials would at least give the chance of a techie unravelling everything if it all went wrong. It doesn’t exist (yet).

I am not as concerned as Laurie on this one. I have been using the same legal IT provider (who have now taken us onto the cloud) since I started Inksters over 12 years ago. That itself gives me a certain sense of security. However, the same issues and problems arise whether cloud based or not.

The data is always ours and can be extracted from the data centre where our cloud server is held. We can, if we so desire, back up to a third party data centre or locally to our own office, though that belt and braces may be over the top: you have to stop somewhere.

Furthermore, if your vendor did go bust chances are that your cloud service would not vanish immediately. That vendor is likely to have many other law firms on their books. There are only a small number of service providers who supply such services to the legal profession. Chances are that one of the others would step in and take over the failed service provider and continue servicing their law firm customers.

Law firms already use a great deal of cloud computing services via third parties (I listed some of these earlier in this article) and therefore it is not really that big a step to move completely to the cloud. The cons involved can, I believe, easily be overcome and are far outweighed by the pros that cloud computing will bring to your legal practice.

Brian Inkster is the founder of Inksters Solicitors, Glasgow and Inverness. He blogs on the past, present and future practice of law at The Time Blawg.