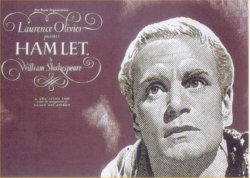 The iPad is clean, beautiful, simple. So intuitive that there’s no book of instructions. It’s everything that Apple stands for. It’s the embodiment of Steve Jobs’ fierce belief that Apple products should uncompromisingly give the most perfect user experience possible. Even the packaging it comes in is a feat of design. Even the website ”¦

Until we get to the legal terms. Apple is all about software and data, so these really matter. Click at the bottom of the Apple home page and you get a bewildering choice of different sets of legal terms, different legal policies, for various products and situations. Choose, by way of example, just one: the iOS5.1 software licence agreement (listed under “End User Licence Agreements”). This is what a UK iPad buyer would currently be agreeing to.

Coming from the rest of the Apple site, it’s a shock. It’s a step from Zen to Bedlam. The licence terms start in shouty, unreadable capital letters, dive into a toxic mix of unintelligible IT jargon and leaden legal draftsmanship, and continue for, well, an awful long time. The word count is actually 308,363 (more than half the length of War and Peace) but that’s because the text runs without break into a succession of repeats in different languages. It’s all governed by the law of California (and, for UK users, by the relevant UK jurisdiction at the same time – no idea how that’s meant to work) so even for a painstaking expert with many hours to spare it would be tough to figure out what it all means.

It’s not just Apple. Which? magazine started a great online discussion about the length of internet t&c’s. They clock Paypal’s at 36,275 words, plus a 9,204-word privacy policy, as a longer read than Shakespeare’s Hamlet. They note Facebook’s privacy policy and terms of use combined, at 11,195 words, as equivalent to Einstein’s General Theory of Relativity. And needless to say they find that very few Which? members (3 per cent according to their poll) actually read such stuff before clicking to “agree” to it.

Does this matter? Yes, a lot. It matters to users, who really need to understand how much (or, indeed, how little) is being promised to them by organisations they place so much trust in, and who can get into real trouble by breaking contractual terms. It matters to Apple, Paypal, Facebook and the rest, whose businesses depend on intellectual property rights and who badly need their terms to be reliably enforceable in court (which unreadable and unintelligible terms won’t be.)

It also matters to me as a lawyer. The awfulness of online terms carries implications which are anathema to anyone who cares about legal rights. Whether the implication is that it doesn’t really matter whether users understand what they’re committing to, or that legal terms are such a side issue as to be irrelevant to brand values, or that legal draftsmanship is so irredeemably hopeless as to be beyond reform, I resist it vehemently.

The really crazy thing is that these very companies are world experts in using good website design to make the complicated simple. Apple’s iTunes sells hundreds of thousands of songs, films and books, yet is easy to navigate. It can be done. You keep the main message clear, simple and uncluttered. You let users drill down for more detail as they need. Or hover over a defined term, for the definition to come up. You use graphic design as much as words to convey your meaning. You put lots of effort (it does take a lot of work) into explaining things clearly.

A “no surprises” rule of construction

You would also, I suggest, have to make one big, simple, promise to users. It amounts to “no surprises”.

The normal rule of contract interpretation is that the devil is in the detail. Reading a simple, clear, top level summary of contract terms therefore doesn’t help much, since that summary is likely to be over-ridden by more detailed, and possibly quite different, treatment of the same issues further into the terms.

For clarity of treatment of legal terms to be possible, this rule has to be turned on its head. The top level summary of user terms has to over-ride the detail to the extent of any inconsistency, that is to say to the extent of any detail that materially alters the picture in a way which a user couldn’t reasonably have anticipated from the summary level. The user would have to be made a clear promise to this effect, right at the top.

This “no surprises” rule of contract interpretation would no doubt make drafting effective contract terms an even stiffer challenge. It would also entail some risk that courts would decide key points of detail to be unenforceable under that rule.

However, the way contract terms are currently presented already presents major risks of detail being rendered unenforceable, by courts who won’t accept that it has in any relevant sense been “agreed” by users faced with such an impossible comprehension challenge. Effectively, courts already operate something pretty much like a “no surprises” rule in enforcing contract terms against consumers, so for companies like Apple to adopt such a rule of contract construction is simply for them to get real.

So far as I know this “no surprises” proposal is a new one. I am not aware of any website terms which operate on that basis.

The challenge of doing an Apple on consumer contract terms, making the complicated elegant and the obscure accessible, is enormous. It would require the lawyers to come out of their silo and engage with the company’s experts in web design, in customer relations and in brand management. However, companies like Apple take on more demanding challenges than that every day, and often for much less compelling commercial reason. So the excuse that “it’s difficult” really doesn’t wash.

Steve Jobs is often quoted as having aspired to make a small dent in the universe. For the lawyers at Apple, and at other web-based businesses, it’s about time.

Dick Jennings is a company and commercial solicitor, with big company in-house corporate experience and a specialist interest in commercial contracting, at R.D.Y. Jennings & Co.