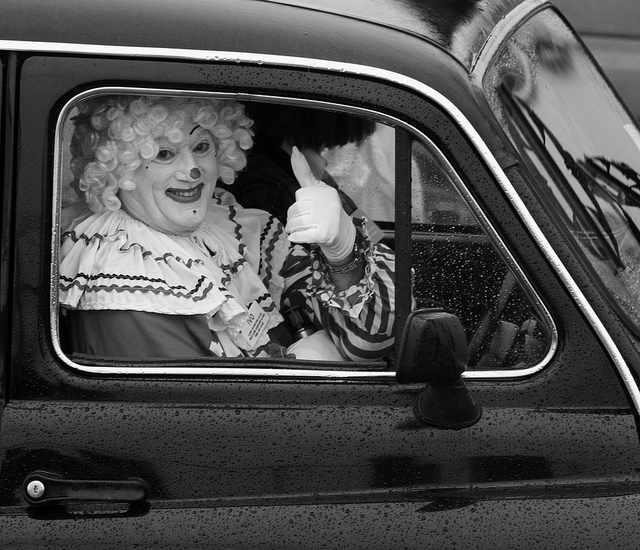 Susan Mclean has written an excellent article in the May issue of Computers & Law on The Rise of the Sharing Economy, its challenges and the legal issues concerned. I’d recommend you read it!

The purpose of this article is to point to some useful further resources and alternative perspectives that may help in our understanding of this phenomenon and how it affects lawyers.

Susan starts with a definition: “Collaborative consumption, or the “sharing economy” as it is also known, refers to the business model that involves individuals sharing their resources with strangers, often enabled by a third party’s digital platform. In recent years, there has been an explosion of these peer-to-peer (P2P) services.”

Here’s another definition: “The sharing economy is a socio-economic ecosystem built around the sharing of human and physical resources. It includes the shared creation, production, distribution, trade and consumption of goods and services by different people and organisations” (from the Sharing Economy Blog).

But I’d hazard a guess that most of us participating in the sharing economy do not think of ourselves as sharing; we are renting/renting out rooms (Airbnb), hiring/providing a cab service (Uber), buying/selling stuff (ebay), borrowing/lending money (Zopa).

“These seemingly disparate activities share some common features: access instead of ownership; collective efforts instead of solitary endeavours. Many rely on vast, distributed networks of people and goods – and the technologies that can build and maintain such networks. They also depend on a public willingness to place trust in people they have never met.

Across the UK, a growing community of individuals and organisations is exploring and embracing these kinds of activities. Some have seen it as the beginning of a wider change in the economy. They have called it a range of things: the sharing economy, collaborative consumption, the mesh, and the access economy. At its heart is the idea of collaborating in new ways to consume, learn, finance and produce.”

An article on idfive.com (no longer accessible) points out that “many (if not all) of the most successful online companies succeeded because they took advantage of the ”˜disintermediating’ characteristics of the internet.” Amazon, ebay, Craigslist, iTunes, Netflix, Google: all these connected us to the goods, services and content we wanted, not just what someone else wanted us to have.

“But as much as the hype machine of Silicon Valley wants to call this ‘disintermediation’, it’s not. The companies that form the backbone of the sharing economy are still middlemen. But unlike the ‘middlemen’ of the ‘old economy’, these services provide a platform that, due to the power of the network effect, become more valuable to their users as more people sign on. Ultimately, even though they may operate more efficiently, more openly, and more inclusively than distribution and service networks of the past, they’re still ”˜mediating’ the interactions between people.”

Of the newer entrants, the aggressive Uber epitomises the sharing economy but also presents us with a dilemma.

John Naughton, writing in the Guardian on the Concierge economy:

“Uber fits neatly into the mythology of the tech industry, which portrays itself as surfing one of the waves of ‘creative destruction’ through which … capitalism periodically renews itself. In this narrative, … the abolition of old timers such as licensed taxi cabs, travel agents and bookshops etc is merely the collateral damage of an essentially benign process – regrettable but necessary casualties of innovation. You don’t have to be much of a sceptic to spot that this is self-serving cant. Far from being a radical innovation, Uber is a classic example of something as old as the internet itself, namely our old friend ”˜disintermediation’. The idea is to find a business in which the need of buyers to find sellers (and vice versa) has traditionally been handled by an intermediary, and then use networking technology to eliminate said middle man. It happened a very long time ago to travel agents and bookshops. Now it’s happening to taxi firms. If this is technological innovation, then it’s a pretty low-IQ manifestation of it.”

Naughton cites Bobbie Johnson, writing on Medium on why people use Uber, even though many profess to hate it:

“Supreme, ludicrous, almost ostentatious, convenience. It’s a company built to directly service what seems to be the guiding principle of 21st-century urban living. There are so many trying to grab a slice of this on-demand industry-on-demand cleaning, on-demand dry cleaning, on-demand hair styling, on-demand ice cream, on-demand marijuana – but let’s face it, anyone who knows anything knows this: Uber is The One. It’s more powerful, more convenient, more available, than every other player in the game. …

And that, in the end, is the real reason so many people hate Uber: because whatever we do, we can’t stop ourselves from making it bigger and more successful and more terrifying and more necessary. Uber makes everything so easy, which means it shows us who, and what, we really are. It shows us how, whatever objections we might say we hold, we don’t actually care very much at all.”

The Uberisation of law

What relevance does Uber have to the practice of law? Mark Cohen, Chief Executive Officer of Legalmosaic, writing for Bloomberg on Lawyers, Cabbies and Uber explains:

“Many lawyers reading this might be thinking, ‘We have regulations that will prevent the Ubers of the world from taking over. In fact, that’s why we are self-regulated – because we know what can happen when others interfere with what we know best. Besides, law is unique.’

Really? The UK, Australia, and other developed nations have already ‘re-regulated’ the legal industry’s guardrails …

Then there are alternative service providers – that provide sophisticated legal services but are not engaged in the practice of law.

Or take LegalZoom, a technology turned legal document company with nine-figure revenues, a well-known brand, and a newly minted [ABS] license which enables it, among other things, to partner with law firms to create a very different model law firm that might look very much like Uber-applied-to law.

There’s also the Big Four and other formidable new entrants into the legal vertical who have the brand, scale, technology, breadth, depth of expertise, and, most of all, the capital to disrupt the traditional law firm model.”

The end of lawyers?

Many years ago, seer Richard Susskind addressed the disintermediation of the legal profession in The End of Lawyers?:

“Lawyers, like the rest of humanity, face the threat of disintermediation (broadly, being cut out of some supply chain) by advanced systems; and, as in other sectors, if they want to survive, their focus should be on re-intermediating, that is, on finding new ways of invaluably inserting themselves into these supply chains. This will lead, I claim, to the emergence of what I call ‘legal hybrids’, individuals of multi-disciplinary background, whose training in law will have evolved and dovetailed with a formal education in one or more other disciplines; the formality is important. … On top of this smaller group of genuine legal specialists and this growing cadre of hybrids, I also envisage the emergence of a further grouping of professionals – the legal knowledge engineers. These are the highly skilled individuals who will be engaged in the jobs of standardising, systematising and packaging the law.”

So, not quite as simple as ordering a cab then, but Silicon Valley/Roundabout/Glen is on the case.

One thought on “Sharing, caring and re-intermediating”