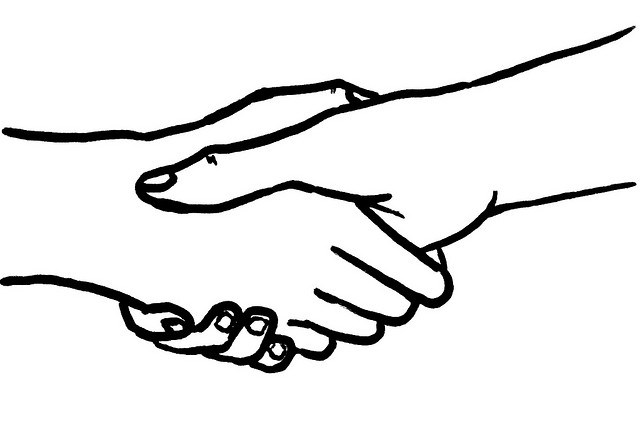 Professor Richard Susskind OBE is well known within the legal profession for his numerous books predicting a dramatic transformation in legal practice, and calling for an overhaul of 21st century lawyering.

In February 2015 he made national headlines for his proposed eBay-style scheme for online dispute resolution (ODR) and the recommendation that HMCTS introduce a new, internet-based court service, known as HM Online Court (HMOC), to be launched in 2017. As Chair of the Civil Justice Council’s ODR Advisory Group and IT Adviser to the Lord Chief Justice, he had been tasked with finding a way to resolve low-level civil claims more cheaply.

For information on the ODR Advisory Group and the full report “ODR for Law Value Civil Claims”, see www.judiciary.gov.uk/reviews/online-dispute-resolution.

The proposals caught national media interest, with the Telegraph reporting, for example, that “courtroom formality could be swept aside by a new generation of online judges dispensing justice on the Internet in a system inspired by eBay.” But as the Telegraph explained further down its piece, this system was only proposed for civil claims worth less than £25,000, with the possibility of extension to suitable family disputes. Additionally, as the report itself notes, the system could also be used for appropriate Tribunal cases, although the Advisory Group’s terms of reference restricted it to looking at low level civil claims.

Despite the report’s warning that its contents and recommendations “may appear rather alien and even disruptive” for many lawyers and judges, it was reported rather positively by media outlets, with most quoting Lord Dyson, Master of the Rolls, who endorsed the scheme in his foreword to the report. Caution was expressed by The Law Society, which said that ODR would require “proper consultation and proper investment” and the Bar Council which warned against creating a system which is “over-simplified and does not do justice to the circumstances of particular cases”.

What are the issues?

The group was primarily concerned that the current system for resolving low value civil claims was too costly, slow and complex. The civil justice system is “creaking”: “as public legal funding declines, there is widespread concern today that dispute resolution in our courts is disproportionately expensive and insufficiently user-friendly for litigants in person.”

The report sets out 13 criteria for a new system: it must be affordable, accessible, intelligible, appropriate, speedy, consistent, trustworthy, focused, avoidable, proportionate, fair, robust and final. The current system for resolving low value claims, the group reports, “fails to satisfy the majority of our thirteen criteria” even though there is a high quality of work by “first-rate” judges.

What does the report propose?

The report makes a distinction between technological reform which simply improves existing systems with IT-based systems, and IT which facilitates the “delivery of services in entirely new ways”. It is the second approach that the group advocates, with the introduction of Her Majesty’s Online Court (HMOC).

HMOC would improve access to justice by being more affordable and user-friendly and make substantial savings for the court service. As well as providing a better way to resolve disputes, it would create “effective ways of avoiding and containing disputes”.

One of the key innovations is that the model contains an Alternative Dispute Resolution (ADR) type system when traditionally ADR has been kept separate from courtroom litigation.

HMOC would have three-tiers. First, Online Evaluation, which will help a user classify their problem and identify the options available. Second, Online Facilitation, which would involve an individual facilitator (not a judge) to review statements and papers and “help parties through mediation and negotiation”. Part of this process could be automated with systems that help parties without human experts. The final Tier would involve Online Judges who could be full- or part-time members of the judiciary who could wholly or partially decide suitable cases by assessing online pleadings. Both the second and third tiers could involve telephone conferencing.

The report suggests three “supporting recommendations” to begin implementation of the scheme: the introduction of an ODR stream as part of HMCTS’s programme of civil, family and tribunal reform (using a “modest fraction” of its £75 million annual reform budget over five years); political party support; and that the Civil Justice Council invites the Advisory Group to collaborate with HMCTS and the Judiciary in a formal pilot of ODR.

The report describes 11 existing ODR-style systems which demonstrate that ODR is “not science fiction”. One of the main examples given is eBay, which uses ODR to resolve 60 million disputes a year among traders. It also mentions the UK’s Financial Ombudsman Service, Nominet, Resolver (an online complaints platform), and the online portal for the Traffic Penalty Tribunal of England and Wales. International examples include the soon-to-be launched Canadian Civil Resolution Tribunal and Rechtwijzer 2.0 developed for the Dutch Legal Aid Board. Other services include Modria (a spin-off from eBay’s and PayPal’s ODR departments), Cybersettle, Youjustice and Online Schlichter.

Is the scheme workable?

The report considers some of the concerns that have, or might be raised, about ODR.

Can it really provide a fair trial? The group’s view is that natural justice and a fair hearing under Article 6 of the European Convention on Human Rights can be achieved within a “transparent” system of ODR with clear rules.

The report rejects the argument that this will be an “economy class service” and suggests that it would in fact be superior to a physical court process and that in due course, for many types of disputes, the parties would not be given a choice of service: “all cases that meet given criteria will be allocated to HMOC.”

The group then addresses the problem of accessibility for those who do not use the internet. It suggests that although 22 per cent of the British population are deemed non-users of the internet (according to the Oxford Internet Institute), “only a small fraction of these non-users “‘definitely’ have no-one who could assist them.” Those who have difficulty would be given special support by HMOC officials.

Finally, they deal with the concern that “easily accessible” ODR will encourage litigiousness. The group suggests that to deter the “speculative and vexatious”, fees for using Tiers Two and Three of HMOC “are set at a level sufficient not to deter people of limited means from enforcing their rights but high enough to make prospective users think twice before commencing online claims.”

Will it be implemented?

The report emphasises the simplicity and low cost of its proposals throughout, but given the current climate of cuts to the Ministry of Justice, one might anticipate that cost would be a prohibitive factor in its piloting and design. Furthermore, there are likely to be concerns about its scope and use (especially from practitioners), along the lines of Christopher Hodges’ critique in the Law Society Gazette.

The initial expenditure may well receive the necessary political support, however; it features in Lord Chancellor and Justice Secretary Michael Gove’s vision for a more efficient and digitised justice system.

The charity JUSTICE has also endorsed the proposals in its “Delivering Justice in an Age of Austerity” report, published in April 2015 (Richard Susskind was a member of the working party) and proposes its own similar model – for a broader range of cases.

According to Tim Wallis, a solicitor and member of the Civil Justice Council’s ODR Advisory Group, there is evidence that ODR is likely to develop: the technology is available, ODR is already in use within and outside UK jurisdictions, and there may well be available funding (see JPIL 2015, 3, 210-219).

Critics might focus on the access to justice issues posed by an eBay-style system, but in Wallis’ view this is missing the point: “which is simply that the eBay technology platform demonstrates that a system dealing with millions of claims per annum has been running for some time. The barriers to the development of ODR are financial, political and cultural, not technological.”

He’s probably right, and the cultural challenge might be the most difficult of all; it provides an explanation for the painfully cumbersome paper-based processes still used in the UK courts system despite massive advances in technology and transformations of other types of institutions.

As Dyson says in his foreword to the report, “the courts have some catching up to do with other areas of business and Government.” They certainly do, and they are far, far behind online systems in other jurisdictions. And complexities and unnecessary expense need to be reduced across the board, not only for low-level civil claims. The challenge will be not only catching up with other departments and court services, but making sure that new systems are agile and flexible enough to adapt quickly to further social and technological change.

Judith Townend is Director of the Information Law and Policy Centre at the Institute of Advanced Legal Studies, University of London. Email judith.townend@sas.ac.uk. Twitter @infolawcentre.

2 thoughts on “Can ODR deliver better access to justice?”