Home » Understanding the internet » What are smart contracts?

What are smart contracts? 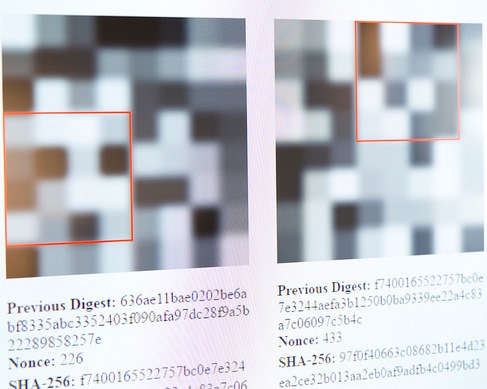 The origin of the term “smart contract” has been attributed to Nick Szabo who wrote a paper in the late 90s in which he described them as combining “protocols with user interfaces to formalize and secure relationships over computer networks.” However, the more popular meaning of “smart contract” in current parlance, and for purposes of this article, is an agreement which is monitored, executed and enforced by blockchain technology.

Blockchain (which we introduced in the Newsletter in March 2016) is a secure method of recording data transactions which cannot be altered retroactively. It refers to a type of non-centralised database hosted on a peer-to-peer (P2P) network which records time-stamped batches of data transactions as blocks. These blocks of data are hashed (to record chronology) and linked together to form secure chains or “blockchains”. The raison d’être of blockchain is to infuse data with security, transparency and permanence. It has been described as “an open, distributed ledger that can record transactions between two parties efficiently and in a verifiable and permanent way.”

The original and best-known application of blockchain technology is in the cryptocurrency Bitcoin. Satoshi Nakamoto, its inventor, said of the technology in 2010: “The design supports a tremendous variety of possible transaction types …  Escrow transactions, bonded contracts, third party arbitration, multi-party signature, etc. If Bitcoin catches on in a big way, these are things we’ll want to explore in the future”. Although Bitcoin has yet to catch on in a big way, other uses of blockchain are already being explored.

The essence of smart contracts

In order to create a smart contract, the terms and conditions of a human readable contract need to be converted into computer readable code. Following agreement with all relevant parties, this code is then implemented as a shared database running a blockchain protocol. The significance of this type of smart contract is that no one can unanimously decide to change the terms of the agreement or rewrite the original clauses; blockchain ensures that the original agreement is kept extremely secure.

A simple example of a smart contract could be a loan agreement which requires an agreed minimum payment each month from bank account X to bank account Y. If this minimum payment is not received on time, the smart contract will automatically invoke the non-payment penalty clause contained in the terms and process the minimum payment from X to Y, in addition to the penalty fee. Of course, banks already use computer systems which perform this type of self-executing contract – but these systems only operate between the bank and their customers. Blockchain smart contracts, meanwhile, have the flexibility to be used by multiple parties who use different banks – or do not use banks at all but instead use some type of decentralised cryptocurrency.

Some of the key advantages of smart contracts over regular contracts are:

Security. The use of Blockchain means that tampering of smart contracts is extremely unlikely.

Certainty and accuracy. Because all the terms of a contract are encoded and performance is enforced by a computer program, there is little room for ambiguity.

Self-enforcement and disintermediation. If the terms of a contract are breached by one party, there may be no need for any litigation or even to deal with a business dispute; any penalty can be automatically applied and funds deducted from a nominated bank account.

At the moment, the practical uses of smart contracts are limited because few organisations use or even recognise blockchain. But if banks, public bodies and local authorities, corporations and other entities start opening up their systems and allow them to interact with Blockchain, this could precipitate a paradigm shift in contract execution and revolutionise the way business is done. Amongst the potential uses are: automatic transfer of property ownership upon receipt of payment; implementation of penalties upon breach of contract clauses (eg in an SLA); royalty distribution; trade clearing and settlement; and insurance claims processing.

For a more comprehensive list of potential use cases of smart contracts, see this research paper by Deloitte referred to below.

In May 2016, a real-world implementation of a smart contract using the Ethereum blockchain platform (and the associated cryptocurrency Ether) resulted in $150 million being poured into a distributed autonomous organisation called The DAO. The DAO was designed to be a decentralised investment fund, in which investment decisions would be taken depending on votes of investors, weighted by the level of their investment. Unfortunately, the platform was hacked, resulting in the loss of $50 million and bad press for Blockchain. However, this incident is more of a learning experience than a death knell, and many new smart contract endeavours are already in progress.

Sweden’s land registry, the Lantmäteriet, has partnered with private companies and banks to test the viability of using Blockchain to carry out property transactions. Closer to home, a consultation has recently been held by the England & Wales Land Registry, looking at ways to “offer customers digital alternatives to paper conveyancing and registration” – which may well pave the way for Blockchain smart contracts.

Meanwhile, award-winning British musician Imogen Heap has launched a blockchain project called Mycelia which aims to enable faster, direct payments for artists, and greater control over their music and how it’s used. A recent report by Middlesex University noted how musicians can take advantage of Blockchain technology in four key areas:

We may only be at the dawn of blockchain and smart contracts, but we will almost certainly be discussing the implications of these new concepts and technologies as they are taken up.

University of Oxford: Smart Contracts: Bridging the Gap Between Expectation and Reality http://bit.ly/smartcontracts4

Bits on Blocks: A gentle introduction to smart contracts http://bit.ly/smartcontracts6

SCL: Smart Contracts and Web 3.0: The Evolution of Law? http://bit.ly/smartcontracts8