Home » Legal practice » Legal services market – who are you afraid of?

Legal services market – who are you afraid of? 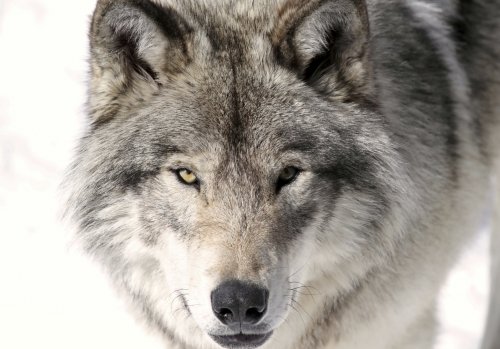 I first wrote on this subject for the Newsletter in early 2013. My views have changed quite a lot in the four years since then.

I believe we’ve seen that big is not always better, that well run, customer-focused, local law firms can survive and that trying to roll up 200 separate law firms under a new, national pink and black logo and name does not mean instant success for any of the firms involved.

Why should law firms be afraid of the CMA? Well, they carried out a massive market study from January to July 2016, with the final report published on 15 December 2016 and their overall finding was that “the legal services sector is not working well for individual consumers and small businesses. These consumers generally lack the experience and information they need to find their way around the legal services sector and to engage confidently with providers. Consumers find it hard to make informed choices because there is very little transparency about price, service and quality.”

They also found that there is a role for regulators in aggregating and making available quality information such as complaints data. Just imagine being mandated by the regulator to publish the number, type and frequency of complaints about your service.

The CMA recommended the regulators:

Why is this report a big challenge for law firms?

The CMA is currently conducting a study into price comparison websites. If they make law firms publish prices, are we safe to assume that within a decade there will be an investigation into the price comparison sites that publish that law firm data as the CMA are unsure if it best serves the consumer’s needs?

Just as I was submitting this article Legal Futures were reporting that the Legal Ombudsman has pulled from its website the details of law firms and chambers that have been subject to complaints because of concerns over their accuracy.

Why is this relevant? If you think about the current age of customers who purchase legal services, with the exception of residential property, pretty much everyone is a Baby Boomer or Gen X. However, the next generation, the Gen Ys (1981–1995) who are aged 35–21 will expect a completely different level of customer service than previous generations as they’ve grown up in the era of “Would you like fries with that?” type service. Very, very customer focused.

But move on to the next generation, Gen Z (1995–), and everything changes again. They are sometimes called the “always on generation” as they have never known anything other than a fully, constantly connected world: a world of swipe, tap and type, “chatting” to a legal advisor and expecting to “consume” your services (somehow) 24/7. What? No reviews on their preferred trusted review site? Really, every other business they use in their life has a score of at least 4.5 out of 5.0!

Ensuring that your law firm can adjust its services provision to suit the needs of Gen Y and Gen Z is going to be crucial for successful law firms.

Have you tried Volume Global? Or watched the IBM Watson YouTube channel?

IBM Watson is a cognitive computing engine based on artificial intelligence technology. Originally it was designed to answer questions on the US TV show Jeopardy! In 2011, Watson competed on the TV show, beating former winners Brad Rutter and Ken Jennings. Watson received the first prize of $1m. Since then a myriad of commercial applications have been developed including medical decisions in the treatment of lung cancer as well as the tool developed to interact with you (as above) on the Volume Global website.

Much as the implementation of IBM Watson on Volume Global looks simple and elegant, it’s still pretty complicated technology on the back end. IBM Watson can actually be used relatively inexpensively via the IBM Cloud Bluemix service but that’s not where the cost is. The real cost would be the software developers you would need to hire to put a service together. I swapped emails with an IBM employee recently who said to build out a really clever custom Watson solution for a law firm would cost $0.5–1.0m!

However, can I see a law firm launching a Watson-based online legal advice service? Something that takes to the next level services like donotpay.co.uk (a robot lawyer that will help you appeal a parking fine) or roadtrafficrepresentation.com (which offers free online legal advice on road traffic offences)?

Yes, I can see that happening. But probably not this decade as I don’t think there’s necessarily enough commercial upside in the legal sector, compared to say healthcare or financial services. Perhaps when I write my 2021 version of this article it might be more likely.

If you want to have a go at developing a chatbot with something a bit simpler, look at motion.ai.

Are these a threat to the legal sector? Not really, they are just another form of competition. Brands like Keystone Law, Setfords and Excello have made their mark in the sector, but I would suggest they are not really eating the lunch of all firms everywhere. Sure, they have taken some really good lawyers from other firms, but in most cases they are taking lawyers who have a really good following of clients who will stick with them when they move firms.

The “self-employed” approach that the vast majority of lawyers in such firms have to have is definitely not going to suit everyone so I think it creates a natural limit to the size to which firms like this will ultimately grow. Companies House shows that Keystone Law grew their revenue from £17.7m to £20.9m from 2015 to 2016 which is pretty good growth by anyone’s standards, but this growth was a combination of adding new consultant lawyers, as well as more traditional marketing to a local/national/global client base.

However, firms like this tend to be run on a much more commercial basis than traditional firms, supported by the external investments that have been made such as the £3.15m investment in Keystone Law by Root Capital and in December 2016 £3.75m invested in Setfords by BGF. This kind of investment does allow much faster growth than other firms might achieve.

A threat? Yes. The end of the world for other firms? No.

Are we still using the Big Law moniker? I’m not sure I’ve heard it so much recently. But by sheer dint of their size, the recently assembled Slater & Gordon must be a business to be careful of. Even with a 97.7 per cent drop in share price from AU$7.85 to AU$0.18 since April 2015 (ouch … that has gotta hurt!) the underlying law firms that S&G bought to enter the UK are still pretty decent firms with good trading history. Also, let’s not think that your average law firm consumer pays much attention to their share price.

As for Jacoby & Meyer, I have not heard hide nor hair of them since I wrote about them in 2013 when they proudly announced that London was going to be the base of a massive UK expansion. Have they popped up in your location and I’ve missed it?

I lump these three brands together, perhaps unfairly, and acknowledge that Co-operative Legal Services has a big head start. In April 2016 they announced that they had turned a £5m loss the previous year into a £700k profit, albeit revenue was down from a high of £33m in 2012 to £18m (not what you would want to see in a growing business!).

In fact, as I write I see that Saga are no longer providing legal services and of course the AA really only dipped their toe in the water via an ABS with Lyons Davidson which has been widely reported as being “run down”. Another casualty of the changes in the PI market?

Big brands, doing the law well could be a threat; it’s just not as simple as people in those big brands may have thought.

I leave this one to the end as I believe in each geography, over the next five years, we will see one standout firm develop as a regional powerhouse. Take Stephens & Scown, which has offices in Exeter, St Austell and Truro. It saw revenue rise by 18 per cent to £17.85m for the year ended April 2016, up from £15.1m in 2014/15. This increase exceeded the firm’s own target of £17m, and follows revenue increases of 12 per cent and 13 per cent in the two preceding years. Double digit growth of those numbers on a consistent basis is pretty exceptional.

Stephens Scown also took the headlines when it announced a new John Lewis-style shared ownership scheme, giving everyone in the firm the opportunity to effectively own a portion of the firm and share equally in the bonus scheme regardless of grade.

There’s no doubt in my mind that firms in other parts of the UK will show this level of growth, investment in people/culture and prove to be standout competitors in their local market.

The question is, will that be you, or will it be your competition?

Yes, I deliberately left out QualitySolicitors. I do not see them as a standout law firm brand any more. The number of larger firms leaving the network (Fisher Jones Greenwood, Talbots, Martin Tolhurst) is telling. They are not the force to be reckoned with everyone thought they would be.

For the average law firm in the UK you just need to knuckle down and get your own marketing right, stay close to your customers, cross sell effectively, invoice on time, collect cash and keep your eye on the local competition.

A few years ago I used the term get big, get niche or get out (of law). I still think that advice stands, but big does not mean massive.

David Gilroy is the Director of Stuff & Things for Conscious Solutions and is one of the founders of the company. Email dgilroy@conscious.co.uk. Twitter @conscioussol.

One thought on “Legal services market – who are you afraid of?”