By Alex Heshmaty • November 2014
Filed under Technology
No comments yet 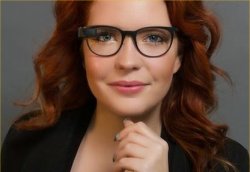 The first incarnation of wearable technology consisted of the calculator watches which were popular in the 1980s. Mainly produced by Casio, these were mass marketed and relatively cheap but came to be seen as tacky. Aside from telling the time and calculating sums, functionality often included stop watches, countdown timers, a multitude of alarms, phone number storage and later versions could even act as remote controls.

While any discussions about legal technology inevitably have a strong focus on what sort of technology law firms and legal service providers should be buying and how best to then handle the rollout to get lawyers actually using it, the issue of how to pay for it tends to be ignored.

By Nick Holmes • March 2014
Filed under Legal Web Watch, Technology
No comments yet

The end of disruption?

One of the topics on the agenda for the LexThink.1 event, which takes place in Chicago on the 26th March (presenters are chosen by a popular vote and each get six minutes to speak with 20 slides automatically forwarding every 18 seconds) is titled The End of Richard Susskind.

Is Microsoft the new diesel?

By Charles Christian • January 2014
Filed under Technology
No comments yet

There has been a lot of talk in recent months about how we are moving into the post-Windows age, when the Microsoft Windows platform, which has dominated the PC operating systems market for over 20 years starts to fade into the annals of IT history (if we begin with the first iteration to gain a critical commercial mass: Windows 3.1 in March 1992).

There is even a suggestion that Google Android is now the new Windows, in that it is currently being installed as an operating system on devices (including laptops/Chromebooks, tablets and smartphones) at about three times the rate of Windows.

One thing is certainly true: the world no longer waits with bated breath for the launch of a new version of the Microsoft Windows operating system.

By Alex Heshmaty • May 2013
Filed under Cloud computing, Technology
No comments yet 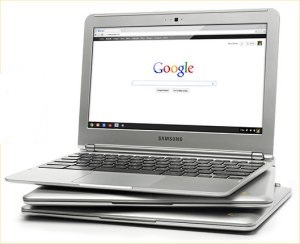 Much has been written about the pros and cons of working in “the cloud”. Even in this Newsletter, if you search under “cloud computing” you will find 26 articles, written over several years! Just to re-cap, the essential concept is that data is stored in an online location which is accessible from an internet-connected device, as opposed to being kept on a local hard drive or portable storage medium. In theory, cloud computing enhances data security as logins are generally required for access, and it’s less susceptible to hard drive failures because of backup procedures. It also improves collaboration opportunities and makes data easier to access from multiple locations and devices.

By Nick Holmes • May 2013
Filed under Technology, Website development
No comments yet

On 30 April 1993 CERN published a statement that made World Wide Web (“W3”, or simply “the Web”) technology available on a royalty-free basis. By making the software required to run a web server freely available, along with a basic browser and a library of code, the web was allowed to flourish. British physicist Tim […]

By Admin • March 2013
Filed under Cloud computing, Technology
No comments yet

We’re pleased to welcome on board as a regular contributor Charles Christian of Legal IT Insider. Charles has been writing about legal IT since about the time it was invented and we’re sure his experience and insights will be welcomed and eagerly consumed. He will be contributing with each online issue – view his archive.

Disruptive technologies – you ain’t seen nothing yet!

By Charles Christian • March 2013
Filed under Technology
No comments yet

Over the last couple of years there has been a lot of debate in the legal IT world about the “consumerisation” of technology and, in particular BYOD (Bring/Buy Your Own Device). Or, to put it another way, how to cope with equity partners who demand they be able to access all their files on an Apple iPad rather than the standard-issue office laptop.

There are plenty of other manifestations of this trend: iPhones and Androids instead of BlackBerry smartphones; the widespread use of public Cloud services such as Dropbox for exchanging files between parties instead of more traditional (and secure) enterprise portals; and so on. All share one factor in common, namely platforms that evolved in the consumer market are simpler and friendlier to use than technologies that were designed for the business market. Why is Dropbox so popular? – because it is so easy to use! Ditto the iPad.

Customer (or client) relationship management (CRM) is defined by BusinessDictionary.com as “Information-technology enabled strategy aimed at identifying, targeting, acquiring, and retaining the best mix of customers. CRM helps in profiling prospects, understanding their needs, and in building relationships with them by providing the most-suitable products and a very high level of customer service. It integrates back and front office systems to create a database of customer contacts, purchases, information requested, technical support, etc. This helps a firm to present a unified face to its customers, and improve the quality of the relationship.”

How to make, and save, more money using IT

Here are some ideas about how firms could simplify their life, cut out unnecessary processes, and thereby make – or save – more money. Many of these ideas involve the use of IT and build on the use of email, your web site and internet access to legal resources.

Nowadays there is no reason why people can’t work remotely – or flexibly – if they have all their information stored electronically and the systems and security in place to support them. Remote access requires documents to be scanned on arrival, wherever they arrive, so they can be made available (electronically) at locations where the paper file is not available. Once documents are stored electronically, the equivalent of the paper file can be recreated wherever it is needed.